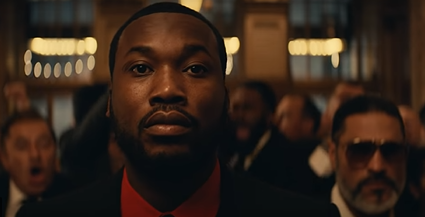 PHILADELPHIA – A former Philadelphia police officer alleges the producers of an Amazon Prime documentary falsely labeled her as being on a list of "dirty cops."

According to the suit, Williams drew her firearm while off-duty in an incident on Jan. 25, 2017, while allegedly defending her significant other, who was being assaulted. The suit states after she drew her firearm, the four unknown females who started the attack stopped and dispersed.

Because she drew her firearm, the suit states Williams was arrested on June 9, 2017. She was later acquitted by a jury on all criminal charges but placed on a Philadelphia District Attorney list identifying officers who had a history of arrests and disciplinary actions.

Williams claims the defendants used her name and her photo from the list in their true-crime documentary series "Free Meek" as being on the district attorney's office "list of dirty and dishonest cops."

Williams seeks compensatory and punitive damages, a trial by jury, interest and all other just relief. She is represented by Steven Marino and Joseph Auddino of Marino Associates in Philadelphia.