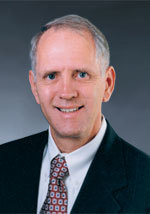 A 27-year-old Texas woman who claims that she suffered a pulmonary embolism this past summer after taking the birth control drug Gianvi for less than a year, has filed a mass tort claim against the drug’s manufacturers in Pennsylvania state court.

According to the lawsuit, which was filed as a short-form complaint in the master Yaz/Yasmin/Ocella/Gianvi litigation at common pleas court, Perez was prescribed Gianvi by a medical professional beginning in December 2010. She stopped taking the birth control drug in June 2011.

The following month Perez suffered from a pulmonary embolism, which she alleges was caused by her ingestion of the drug.

Perez seeks relief as set forth in the master long form complaint in the Yaz/Yasmin/Ocella Litigation in Philadelphia’s Common Pleas Court.

A jury trial is being sought.

Want to get notified whenever we write about Williams Kherkher Hart Boundas LLP ?

Sign-up Next time we write about Williams Kherkher Hart Boundas LLP, we'll email you a link to the story. You may edit your settings or unsubscribe at any time.