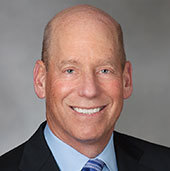 A lawsuit brought by the family of Tiaina B. “Junior” Seau over the late professional

football player’s suicide has been consolidated with other actions against the NFL involving claims that the league hid the long-term health risks of on-the-field concussions.

Court records show that the Seau wrongful death claim was recently consolidated at the Eastern District of Pennsylvania with more than 200 other suits being overseen by U.S. District Judge Anita Brody.

The multi-district litigation, which now comprises more than 4,100 individual plaintiffs, is scheduled to have its first oral arguments in just one week’s time, when both sides address the NFL’s motion to dismiss based on the league’s contention that the plaintiffs’ claims are preempted by the collective bargaining agreement.

The arguments are scheduled for Tuesday, April 9 in Brody’s courtroom at the federal courthouse in downtown Philadelphia.

Seau, a former San Diego Chargers linebacker, died last May at age 43 after he shot himself through the heart with a .357 magnum, according to media reports.

Seau’s family contends that he had suffered in recent years from depression, insomnia, anxiety and alcoholism, and that his problems worsened in the months leading up to his death.

Seau’s children subsequently donated their father’s brain to the National Institutes of Health for studying, the results of which showed the former professional athlete had suffered from a degenerative disease known as chronic traumatic encephalopathy, or CTE, which can only be diagnosed postmortem, and is tied to people who had a history of concussions and other brain injuries, news reports stated.

Seau’s relatives originally filed their wrongful death claim in California’s Superior Court, but the action was later transferred to the federal venue in southern California.

The lawsuit, like the other 200-plus consolidated in the National Football League Players’ Concussion Injury Litigation, claims that the NFL fraudulently concealed the long-term health risks associated with head concussions obtained during professional play on the field.

“For many decades, evidence has linked repetitive mild traumatic brain injury (“MTBI”) to long-term neurological problems,” the Seau suit reads. “The NFL was aware of the evidence and the risks associated with repetitive traumatic brain injuries for many decades, but deliberately ignored and actively concealed the information from the players, including the late Junior Seau.”

The plaintiffs in the Seau case are three of the late player’s sons, one of his daughters, a guardian of two of the sons, and the trustee in charge of Junior Seau’s estate, the court docket shows.

Seau’s family is being represented by attorney Steven M. Strauss of Cooley LLP.

Want to get notified whenever we write about National Institutes of Health ?

Sign-up Next time we write about National Institutes of Health, we'll email you a link to the story. You may edit your settings or unsubscribe at any time.