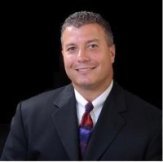 day of deer season should tell the uninitiated a little something about Pennsylvania and hunting.

The Keystone State, which is purportedly home to more than one million licensed hunters, is known far and wide for its strong hunting tradition and culture.

Now, a group calling itself Hunters United for Sunday Hunting has sparked a court fight, claiming in a civil suit filed at the U.S. District Court in Harrisburg this week that the commonwealth’s long-standing ban on Sunday hunting is actually a constitutional violation.

State resident Kathy Davis and her Lancaster-based nonprofit filed suit on July 16 against the Pennsylvania Game Commission seeking declaratory and injunctive relief, claiming that the Sunday hunting ban is unconstitutional under the First, Second and Fourteenth Amendments to the U.S. Constitution.

The plaintiffs challenge a section of the state’s game and wildlife code that makes it unlawful for anyone to hunt for “any furbearer or game on Sunday.”

The plaintiffs, the suit states, desire to hunt both big and small game, on public and/or private lands within the state, during established seasonal periods promulgated by the Game Commission.

The state game code does allow for certain animals to be hunted on Sunday, such as feral swine and wild hogs, and also allows for the killing of deer and elk on Sunday, but only by farmers on their private property, and only if the animal is causing damage.

Hunters who disregard the law can face a fifth-degree summary offense and possible hunting license revocation, the suit notes.

The complaint takes issue with the Sunday hunting ban because, as it says, most people work Monday through Friday and children over 18 can be in school during that time, meaning Sunday may comprise 50 percent of the available hunting time in the commonwealth.

“The public interest is served by enjoining temporary enforcement of a Constitutionally suspect ordinance and by permitting the lawful act of hunting,” the lawsuit states.

The plaintiffs claim the Sunday hunting ban violates the Second Amendment of the U.S. Constitution as well as the Pennsylvania Constitution, because state residents are otherwise permitted to bear arms in public, something that would include hunting activities.

“To limit selected Pennsylvanian’s right to hunt and bear arms on Sunday is arbitrary and without a secular purpose,” the suit reads. “There is no substantial governmental interest advanced by the prohibition on hunting furbearer, big game and/or small game.”

The complaint also contains a Fourteenth Amendment Equal Protection claim, with the plaintiffs claiming that Title 34 of the Pennsylvania Consolidated Statutes and the Game Commission’s own regulations create a different class of hunters: one class which is not granted permission to hunt on Sunday and another class that is given the OK.

“Pennsylvania’s Legislature and the Commission have intentionally passed statutes and regulations, thereby creating the multiple classes of similarly situated but differently treated hunters,” the complaint states. “There is no longer a rational basis for the difference in treatment between the various classes.”

The plaintiffs also argue that the Sunday ban violates the Religious Freedom Protection Act because, as the group Hunters United for Sunday Hunting contends, this section of the wildlife code violates specific tenets of the religious beliefs of some of the group’s members.

According to a biography on the group’s website, the lead plaintiff in the case, Kathy Davis, who is the director of HUSH, has been involved with Pennsylvania hunting legislation in the past, including having co-authored a law that allows for the transfer of tags between an adult hunter of mentored youth hunters.

Davis was also integral in the move to allow mentored youth an opportunity to harvest an antlerless deer and a fall turkey, her bio states.

She was once named one of Outdoor Life magazine’s 25 most influential and inspiring people in hunting.

The lawsuit, which comes two years after an unsuccessful legislative push to do away with the Sunday hunting ban, has been assigned to U.S. District Judge Yvette Kane of the Middle District of Pennsylvania.

One group that appears to oppose the idea of expanding hunting to Sundays is the Pennsylvania Farm Bureau, which in late 2011 issued a news release stating that “proponents have failed to make a case for how the interests of all Pennsylvanians are better served by removing the current restrictions.”

The bureau’s state governmental relations director, Joel Rotz, was quoted in the release as saying that his group is privy to a “growing voice among them who wish to be outdoors on Sunday enjoying a broad range of activities.

“They say that one day a week should be preserved for their pleasure without the concern of encountering hunters or hearing gunfire.”