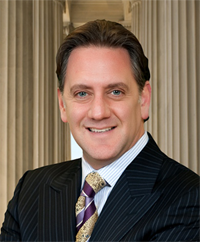 A man who worked as an underground foreman for PECO Energy Co. for

more than two decades claims he was fired from his job after being improperly accused of violating the utility’s drug and alcohol policy.

Paul Rogers, who resides in Delaware County, Pa., alleges that PECO violated federal law when it terminated his employment of 23 years in late October 2011.

The complaint says that Rogers was suspended without pay pending an investigation into allegations that he had violated the substance policy.

The allegations dated back to early April 2011, when Rogers was assigned to perform work at the defendant’s power plant in Limerick, Montgomery County.

During that assignment, Rogers was having dinner after work hours at a local restaurant when he was approached by a person who appeared to be intoxicated and identified himself as a supervisor employed by PECO.

According to the complaint, the individual told Rogers that the plaintiff should consider not drinking alcohol with dinner on company time because it could pose a problem.

The plaintiff claims he then opted for a non-alcoholic beverage instead to compliment his dinner, and subsequently left the restaurant after about an hour.

When he returned to his hotel, the lawsuit states, Rogers received a call from his supervisor who improperly accused the plaintiff of drinking on company time.

The supervisor also allegedly accused Rogers of having had a prior drinking problem.

Rogers was told he would have to immediately report back to Philadelphia for questioning, although the plaintiff was never made to submit to a drug or alcohol test.

Nevertheless, Rogers claims he was soon suspended without pay and ultimately fired from his job.

“At no time during the investigation or prior to the Plaintiff’s suspension did the Defendant conduct a Fitness for Duty Test to support their allegations that he was intoxicated on the job or had any alcoholic beverages on the date in question,” the suit states. “The Defendant’s management instead improperly assumed he had been drinking and was intoxicated, a perception that they had held of the Plaintiff during his employment.”

The complaint goes on to state that on several occasions throughout the course of his employment, Rogers had been accused by his supervisors of being an alcoholic.

Since he was suspended as a result of a mutual altercation with a coworker back in 2004, an incident that a supervisor blamed on the plaintiff’s alleged drinking problems, Rogers had been subjected to several verbal remarks concerning and referencing the disease of alcoholism by other supervisors, the lawsuit states.

In late October 2011, mere days before his pending termination, Rogers filed a charge of discrimination with the Pennsylvania Human Relations Commission.

In the charge, Rogers asserted he was being subjected to discrimination on the basis of a perception of a disability – alcoholism – the same allegations leveled in the lawsuit.

The suit says that other younger similarly situated employees who have been accused of violating PECO’s drug and alcohol policy have been afforded less severe forms of discipline, while Rogers was terminated following the accusations.

The complaint accuses PECO of violating the Americans with Disabilities Act and the Age Discrimination in Employment Act.

The plaintiff is being represented by Philadelphia attorney Kevin I. Lovitz, who filed the suit in U.S. District Court on Aug. 21.