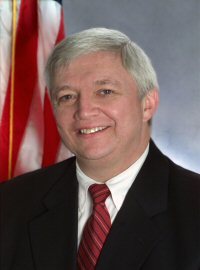 Court’s recent decision invalidating portions of the Oil and Gas Act, and the sentiment felt seems to be divided among party lines.

Democrats, who typically favor more stringent environmental protective laws, appear to be hailing the high court’s ruling as a positive development, while Republicans, who often bill themselves as the protectors of job creators and big business, have expressed disappointment in the opinion.

Frank Dermody, the Democratic leader of the state House of Representatives from Allegheny County in western Pennsylvania, has gone on record calling the court decision a step in the right direction, reiterating that many House Democrats and environmental advocates viewed the law regulating natural gas drilling in the Marcellus Shale geological formation as weak and insufficient when it comes to protecting citizens from the negative impacts of hydraulic fracturing.

Dermody, according to the House Democratic Caucus, had been involved with a package of bills introduced during the 2011-12 legislative session that was designed to strengthen and fix the statute.

The so-called Marcellus Compact included a bill that would have repealed zoning preemption provisions within the law, also known as Act 13, that prevent local officials from deciding where gas drilling could occur within their borders.

It also declared as unconstitutional other parts of the law, with the justices specifically zeroing in on Pennsylvania’s Environmental Rights Amendment, which says the “people have a right to clean air, pure water, and to the preservation of the natural, scenic, historic and aesthetic values of the environment.”

“This ruling gives us an opportunity to go back to the drawing board and do this right,” Dermody, who represents the 33rd Legislative District, said in a statement.

“The state Supreme Court today stood up for the important principle of local control, restoring zoning authority in Pennsylvania back to the residents and municipalities,” Dermody said in his statement. “It is an important victory for the environment and the communities we live in.”

Others, however, took a different view, reacting in a more negative tone to the court’s decision.

“While recognizing that a decision of this length will take weeks to fully absorb, we are stunned that four Justices would issue this ruling which will so harshly impact the economic welfare of Pennsylvanians,” the joint statement reads. “The majority decision seems to raise significantly more questions than it answers.”

The two opposing lawmakers maintain that natural gas prices for consumers will increase as a result of the court’s decision.

Scarnati and Smith also noted that the Oil and Gas Act was the result of “great collaboration” between state and local officials, industry leaders and environmental groups.

“There were dozens of strong environmental protections included in Act 13 and due to the Court’s jarring decision it seems that the Court even invalidated some of them,” the legislators wrote.

The House Republican Caucus also wonders whether the environmental impact fee paid by drilling companies, which generated more than $400 million during the past two years, would be able to remain in place going forward in light of the court ruling.

“A reasonable level of regulatory consistency across the Commonwealth is vital to the success of any major industry or employer – however the Supreme Court failed to recognize that in their majority decision,” the lawmakers stated. “Our fear now is that landowners and hardworking individuals will suffer because of today’s decision.”

Meanwhile, a western Pennsylvania state senator is calling the court ruling a “win” for municipalities and their residents.

“I voted against Act 13 while serving in the House of Representatives, in part, because it restricted the zoning ability of local governments,” State Sen. Matt Smith, D-Allegheny/Washington, said in a statement. “I firmly believe that we can grow our economy through energy exploration, while balancing the rights of townships, boroughs, and municipalities.”

Smith said that he supports the Supreme Court’s conclusion that “decisions impacting our neighborhoods should be made by locally elected and appointed officials rather than unelected Harrisburg officials.”