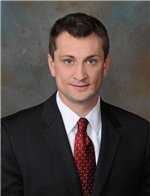 roadway incident tied to what he claims was negligent driving on the part of one of the defendant’s employees.

George Steinheiser, who lives in Langhorne, Pa., filed a federal civil action on Jan. 2 at the U.S. District Court in Philadelphia against the government agency over injuries he claims to have sustained on June 29, 2011, during a traffic altercation.

At about 5:15 that afternoon, the complaint says, Steinheiser, who was driving southbound on Wheeler Way, was cut off by a postal worker who was attempting to turn his tractor trailer left into the postal facility’s driveway.

While the two drivers never collided, the plaintiff maintains he was forced to swerve out of the way to avoid hitting the defendant’s vehicle.

Steinheiser claims that as a result of the incident, he sustained a fractured left clavicle, dislocated acromioclavicular joint, abrasions to his forearm, hip and leg, deformity to the left shoulder, restricted range of motion in his left shoulder, and continued pain throughout his body.

The plaintiff claims he had to expend various sums of money on medical care, he suffered a loss of earning capacity, and he has experienced continued physical pain and mental anguish, all as a result of the defendant’s negligence.

Steinheiser seeks more than $50,000 in compensatory damages along with interest and costs.

He is being represented by attorney Todd M. Sailer of the Langhorne firm Begley Carlin and Mandio.