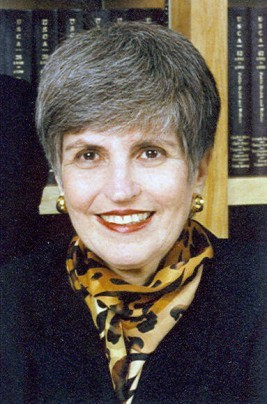 top prosecutor and two assistant district attorneys that had been filed by an arrestee who claims he was made to sit in jail for more than a month after his blood test results showed he was not smoking marijuana at the time he was taken into custody during a car stop.

U.S. District Judge Anita Brody, of the Eastern District of Pennsylvania, granted a motion to dismiss that had been filed by District Attorney Seth Williams and two assistant prosecutors, identified in court papers only as John Does 1 and 2.

Brandon Segers claimed the three defendants violated his constitutional rights and federal law during the plaintiff’s prosecution for driving under the influence and marijuana possession.

Segers had been pulled over by a city police officer on May 26, 2011, due to a broken side window, court records show.

The cop arrested the plaintiff after he detected the odor of marijuana in the vehicle and after he spotted what appeared to be empty narcotics packaging and smoked marijuana cigars in the vehicle’s ashtray.

After the arrest, police tested Segers’ blood for marijuana, and he was ordered to remain in custody until the resolution of the case.

Meanwhile, a Philadelphia Municipal Court judge, who had originally scheduled trial for July 22, 2011, ultimately pushed back the court proceedings until Sept. 19 of that year after prosecutors explained they had yet to receive the plaintiff’s blood rest results.

The judge then ordered prosecutors to turn over the blood test results to defense counsel on Sept. 14, 2011, five days before the rescheduled trial.

The District Attorney’s Office ended up getting the test results back on July 29 of that year, but they still held off on turning over the results, which came back negative for marijuana, to defense lawyers until the court’s Sept. 14 deadline.

Prosecutors then withdrew the charges during the Sept. 19 hearing.

The plaintiff, however, was forced to remain behind bars until the charges were withdrawn, court papers show.

In addition to the constitutional claims, Segers also sued for false arrest, false imprisonment and malicious prosecution under Pennsylvania law.

He claimed the defendants’ actions caused him to lose his job, his apartment, and miss the funerals of close family members.

The defendants moved to dismiss the federal claims on the ground that they are entitled to absolute immunity for actions connected to the course of their duties.

Segers based his federal claims on the failure of the assistant prosecutors to promptly convey the lab test results to defense counsel, with the question for the judge being whether the conduct implicates the prosecutors’ advocacy function or whether the conduct is properly characterized as administrative, Brody noted in her memorandum.

The judge, citing case law, pointed out that actions relating to a prosecutor’s handling and presentation of evidence are “squarely within a prosecutor’s advocacy function – and thus entitled to absolute immunity.”

Williams, the district attorney, is also immune from suit, Brody wrote, since any personal involvement he may have had with the handling of the blood test results would similarly implicate his advocacy function.

One claim against Williams, that the district attorney failed to adequately supervise or train the assistant prosecutors in transferring exculpatory evidence to the defendants, can arguably be classified as challenging an administrative action, the judge wrote.

However, Williams is still immune from suit from this claim as a result of a Supreme Court decision in the case of Van de Kamp v. Goldstein, Brody wrote in her memorandum, which was filed on Jan. 27.

In that decision, the high court determined that a district attorney could claim immunity against a failure to train claim because the allegedly defective training concerned tasks related to a prosecutor’s basic trial duties and advocacy function.

“The Court agreed that the failure to train/supervise claim was properly classified as challenging the DA’s administrative function,” Brody wrote. “Like the DA’s failure in Van de Camp, DA Williams’ alleged failure to train the ADAs on how to share exculpatory evidence would involve an administrative obligation directly connected with the ADAs’ basic trial advocacy duties.”

In addition to dismissing the federal claims, Brody also declined to exercise supplemental jurisdiction over the plaintiff’s state law claims.

Brody dismissed the state tort claims without prejudice so that he has the opportunity to re-file those claims in state court.