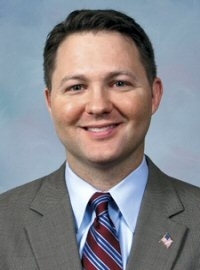 A state senator from south-central Pennsylvania has introduced proposed

legislation designed to strengthen the state’s Pay Equity Law to protect employees who dispute their workplace earnings in court.

Sen. Rob Teplitz, a Democrat representing parts of Dauphin and York Counties in the state’s 15th Senatorial District, is behind Senate Bill 1212, which increases protections to employees who have filed civil complaints against an employer and prohibits retaliation against employees for discussing wages.

The measure, according to Tiplitz’s office, would narrow the “factor other than sex” defense to apply only to bona fide business related factors, including education, training or experience.

“While society has made tremendous strides to ensure equality in the workplace, women still face a significant gender wage gap, as well as hurdles to fighting in court for equal pay,” Teplitz said in a statement. “This bill would require an employer to more specifically justify paying different wages to two equally qualified workers in a pay equity lawsuit.”

“Many women today are heads of the household or sole wage earners in their families, so this issue isn’t just about women, but about families,” Teplitz said in his statement.

A copy of Senate Bill 1212 was not publicly available as of Tuesday afternoon.

A companion bill was introduced earlier this month in the state House of Representatives.

House Bill 1890, which was sponsored by State Rep. Brian Sims, a Philadelphia Democrat, and State Rep. Erin Molchany, a fellow Democrat from Allegheny County, would also clarify and update the legal standards for pay-equity lawsuits.

Like the senator’s proposal, the House bill would update the conditions under which employers could pay different wages to workers because of factors other than gender.

“Pay-equity laws have been around for 40 or more years,” Sims said in a statement issued in early January. “Clearly it’s time to strengthen and update them to bring about pay equity for the many working women in Pennsylvania who are still shortchanged.”

The House bill, which had 45 bipartisan co-sponsors at the time its introduction, is also part of the Pennsylvania Agenda for Women’s Health.

Molchany said that the average woman worker earns 84 cents for every dollar a man makes, and in the Pittsburgh region in western Pennsylvania, that gap is closer to 73 cents per dollar.

“While the entirety of the wage gap can’t be blamed on discrimination, the fact that any of it could be attributed to someone’s sex demands attention,” Molchany stated.

In their co-sponsorship memo circulated to members of the House back in late November, Sims and Molchany said their bill would amend Act 694 of 1959, what they termed a “landmark piece of legislation that started our state down a path of equality in the workplace for all Pennsylvanians.”

They argued that the law needs to be updated to reflect the “current reality and the fact that much work still needs to be done for women working in this state.”

Like the Senate measure, the House proposal provides increased protection against discrimination or discharge when an employee files an employment complaint against a company in court.