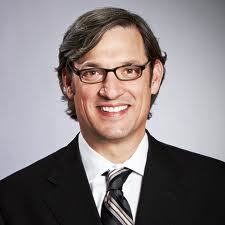 Philadelphia after the man called officers to his home for the report of a burglary has filed a federal civil rights complaint against the municipality and three of its officers.

The husband, Michael Devine, a retired school custodian, had called police to his Langhorne, Pa. home that day two years ago for a reported burglary in progress, the complaint shows.

Devine stayed on the phone with dispatchers until officers arrived, at which time he hung up and went downstairs to meet the cops.

Schuck was the first officer on the scene who met with Devine, the lawsuit states.

Citing media reports, the complaint says that Devine had a knife in his hands when he met officers in the driveway, but the man’s widow claims no knife was ever found at the scene.

After exiting his patrol vehicle, Schuck ordered Devine to drop the knife and get on the ground, according to the civil action.

The two additional officers, Leonhauser and Buckley, soon arrived, after which Buckley fired one, fatal shot into Michael Devine, the suit states.

The bullet struck Devine in his hand and ended up going into his chest.

Devine was taken to St. Mary Medical Center in Middletown Township where he was pronounced dead from his injuries.

Prior to the incident, Devine had been recovering from spinal surgery, which caused him to walk with a cane.

There were no witnesses to the shooting other than the three police officers present, the complaint states.

The suit says that there was no indication that Devine was behaving erratically, slurring his words or that he otherwise appeared to be under the influence of alcohol or drugs at the time of the altercation.

The officers are accused of using excessive force, with the plaintiff alleging the officers’ actions “were not reasonable in light of the totality of the circumstances.

“The actions of Defendants … were willful, wanton, reckless, callously indifferent, and in conscious disregard for the safety of others,” the lawsuit states. “The force administered by police officers was unreasonable, grossly excessive, with reckless disregard to the rights of Michael Devine and whether those rights would be violated.”

Bucks County’s district attorney, David Heckler, ultimately cleared the officers of any wrongdoing in Devine’s death, telling the Bucks County Courier Times newspaper in the spring of 2012 that the incident appeared to be a case of “suicide by cop,” which is when a person intent on dying purposely puts himself in harms way so that an officer will be forced to deploy deadly force.

The article, again quoting Heckler, stated that as Michael Devine approached a police patrol car, he threatened to kill Schuck, the first officer on the scene.

Tony Devine, one of the surviving sons who was also a Bristol Borough councilman, told the newspaper that his father had recently been suffering from depression because of his ill health.

Diane Devine and her children seek more than $50,000 in damages under Pennsylvania’s Wrongful Death Act.

The suit also contains counts of supervisory liability, assault and battery and negligence.

The plaintiff is being represented by Philadelphia attorneys Louis F. Hornstine, of the firm Hornstine Pelloni & Hornstine, and Aaron J. Freiwald and Katherine D. Armstrong of Layser & Freiwald P.C.