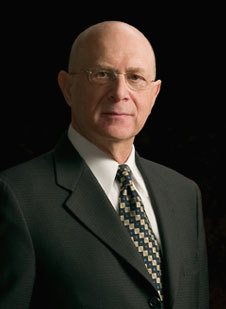 effects of massive head traumas for decades but chose to ignore the warnings at the expense of the players' health in order to create a more exciting game.

The suit seeks compensatory damages for all the plaintiffs for the league's negligence and purposeful concealment of knowledge that a direct relationship existed between concussions and the development of brain diseases such as Alzheimer's, dementia and ALS (Lou Gehrig's disease).

The 15 living players have also filed for relief for continued medical monitoring, asking that the NFL create a trust fund that will provide funding for the lifetime of testing and evaluations the plaintiffs will need to undergo. The families of the deceased players, Miami Dolphins quarterback Richard Norton, Philadelphia Eagles defensive tackle Floyd Peters and Denver Broncos running back John Olszewski, seek damages for their loved ones wrongful death.

According to the court documents, the plaintiffs allege that since the 1970s and up until the collective bargaining agreement in 2011, the National Football League ignored the mountains of evidence showing the connection between head injuries and the development of cognitive disorders.

In the early 1970s, the suit says, the NCAA and the National High School Football Federation adopted the helmet safety guidelines known as the National
Operating Committee on Standards for Athletic Equipment (NOCSAE), a standard that the NFL chose not to follow.

Both leagues also created rules in 1976 that prohibited players to use their helmets to block or tackle. The NFL did not address the use of helmets until 1979, when it set a rule that penalized players for using the crown of the helmet to butt or ram their opponents. The suit says the new rule did not go far enough to protect the players, however, because coaches continued to encourage the team to use the rest of the helmet when possible.

In 1989, the league increased the penalty of the 1979 rule to include an ejection from the game, but the suit claims that the rule was rarely enforced because the league wanted to create an exciting game that featured bone-crushing hits.

The suit accuses the NFL of spending decades concealing from players the long term dangers involved with head injuries, going so far to cover up a 2009 study commissioned by the league.

The study found that retired players reported being diagnosed with dementia and other memory-related diseases at a rate much higher than that of the general population. Specifically, 6.1 percent of retired NFL players age 50 or older reported being diagnosed with dementia, Alzheimer’s disease and other memory related illnesses, compared with 1.2 percent for all similarly aged men in the United States.

Plaintiffs say the NFL officials disputed the findings and continued to insist that there is no evidence connecting concussions in NFL football games to long-term brain injury or illness. They say the NFL acted negligently by failing to create stricter guidelines to monitor players with head injuries and establish standards to allow players to return to the field following a concussion.

Wednesday's filing is another salvo in the ongoing litigation by retired players against the league. More than 4,800 players have joined together for a class action suit. U.S. District Judge Anita Brody rejected a proposed $675 million settlement in January, saying that she was unsure it would be enough to cover the players' ongoing medical expenses.

The NFL needs to show convincing proof that the proposed settlement is an adequate sum.