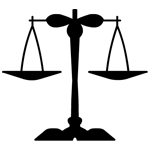 A Horsham restaurant is facing a copyright infringement lawsuit filed by some of the biggest recording and licensing companies in the industry, according to documents filed at the U.S. District Court for the Eastern District of Pennsylvania.

According to the claim filed by Broadcast Music, Inc. (BMI) and eight separate copyright holders, Salvatore Carratta did not have permission to stage performances of nine songs on May 9, 2014, at Buona Via Ristorante, an Italian restaurant located in Horsham.

The complaint says that BMI has been granted the rights to license the public performance rights of more than 8.5 million musical compositions, including the ones identified in the court documents. Each song also has separate copyrights owned by the writers and composers.

According to a schedule provided by the plaintiffs, the restaurant allowed the performance of songs including Michael Jackson's "Billie Jean," "Don't Stop" and "The Way You Make Me Feel" (copyright MY Publishing Trust), "(Shake, Shake, Shake) Shake Your Booty," and "Boogie Shoes" originally performed by KC and the Sunshine Band (copyright Harry Wayne Casey), and "Respect" originally performed by Aretha Franklin (copyright Otis Redding).

The plaintiffs seek immediate injunction against Carratta and the payment of statutory damages for each infringement, the complaint says, plus coverage of attorney's fees.

All plaintiffs are represented by Stanley Cohen of Caesar, Rivise, Bernstein, Cohen & Pokotilow, Ltd., in Philadelphia.