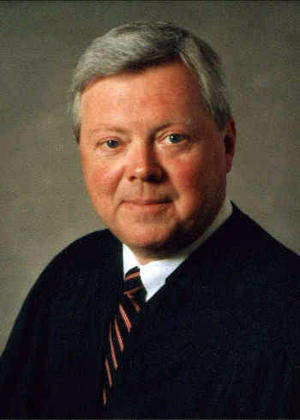 Saylor was sworn in by outgoing Chief Justice Ronald D. Castille , who had reached the mandatory retirement age of 70. As chief justice, he becomes the administrative head of Pennsylvania’s Unified Judicial System.

Saylor is the first chief justice from southcentral Pennsylvania in a century, the last being Chief Justice J. Hay Brown of Lancaster, who assumed office in January 1915. In Pennsylvania, the longest-serving justice becomes chief justice. Saylor was first elected to the Supreme Court in 1997 and won retention in 2007. Supreme Court terms are 10 years.

Before his election to the Supreme Court, Saylor had served on the state Superior Court since January 1994. He entered the general practice of law in 1972 and served as first assistant district attorney in Somerset County from 1973-1976.

In 1982 he joined the Office of Attorney General as the director of Pennsylvania’s Bureau of Consumer Protection and was named the first deputy attorney general in 1983, serving until 1987 when he returned to a private law practice.

Both the Widener University School of Law and Shippensburg University have awarded Chief Justice Saylor honorary doctor of laws degrees.