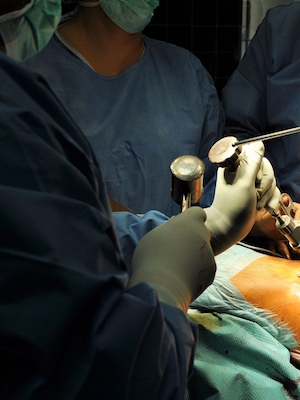 PITTSBURGH – A Cranberry Township couple is suing a prosthetic manufacturer after an allegedly dangerous and faulty hip replacement.

David and Lauri Miller filed a complaint on Nov. 16 in the U.S. District Court for the Western District of Pennsylvania against Zimmer Holdings Inc., alleging negligence, breach of implied warranty and other counts in their failure to warn plaintiffs of the danger associated with using the company's hip replacement.

Miller, a degenerative joint patient, was the recipient of a Zimmer Metal Durom hip component on March 18, 2008. Following the installation of the synthetic components from 2008 until 2014, Miller was pleased with the hip, and was able to maintain a painless lifestyle. Beginning in 2014, however, Miller began to experience intense pain in his right hip and following an X-ray it was revealed that the Zimmer component was completely loosened. As a result of the defendant's negligence, Miller suffered a great deal of pain and incurred a number of medical fees, the complaint states.

Miller is seeking compensation for all losses, economic or otherwise. The Millers are represented by Rolf Louis Patberg of Patburg, Carmody and Ging in Pittsburgh.