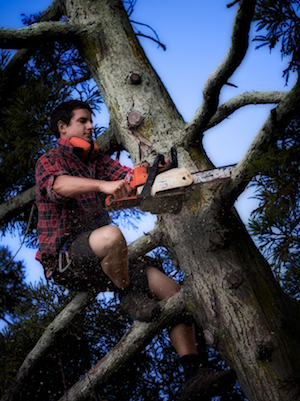 PHILADELPHIA – A Morrisville couple is suing their neighbor after he allegedly damaged their house while cutting down a tree.

New Jersey Manufacturers Insurance Co., on behalf of Jeremy and Amanda Steinmann, filed a complaint on Dec. 15 in the U.S. District Court for the Eastern District of Pennsylvania against David Kada, alleging negligence.

According to the complaint, the Steinmann's property shares a boundary with a rental property Kada owns. There was a tree on the defendant's property that he had been planning on removing for some time, and when the plaintiffs heard of his plans, they pleaded that he hire a professional service in order to prevent damages to their property or persons. Kada ignored the requests and on July 24, 2014, he used a chainsaw to cut down the tree, which fell onto the plaintiffs' property, causing extensive damages to their home and surroundings, including a fire in the basement, the suit states. New Jersey Manufacturers Insurance Co., the Steinmann's insurer, paid more than $350,000 for the damages.

The Steinmanns are seeking financial compensation of more then $350,000 for all damages to their property. They are represented by Lawrence F. Walker of Cozen O'Connor PC in Philadelphia.

Want to get notified whenever we write about Cozen O'Connor - Dallas ?

Sign-up Next time we write about Cozen O'Connor - Dallas, we'll email you a link to the story. You may edit your settings or unsubscribe at any time.