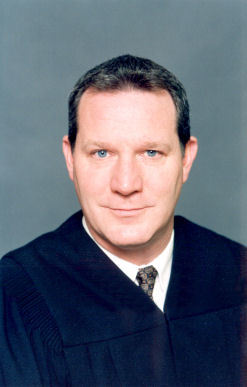 PHILADELPHIA - An ongoing battle between Pennsylvania transportation authorities and taxicabs in the Philadelphia area was settled in the Supreme Court of Pennsylvania on Oct. 17.

Partial rights taxicab companies are defined as suburban common carriers that are authorized to offer taxicab services in the Commonwealth and limited sections of the city. They aren’t allowed to provide call or demand service to the city’s business or tourist districts, the airport, 30th Street Station, or city casinos.

PPA and PUC challenged a ruling from the Commonwealth Court that determined a jurisdictional agreement between the two parties was invalid. The lower court also said a number of PPA’s policies and rules were not only invalid but also couldn’t be enforced when it came to partial rights taxicabs doing business within the Philadelphia city limits. After much back-and-forth, PPA and PUC filed the appeal with the Supreme Court. This court partially agreed with PPA and PUC as it affirmed in part and reversed in part the lower court’s ruling.

In its appeal, PPA brought up two concerns – whether the trial court made a mistake when it decided PPA’s regulations weren’t valid, and if the trial court erred when it determined the Jurisdictional Agreement PPA had with PUC infringed on the taxicab parties’ substantive due process rights.

In its argument, PPA said jurisdiction concerning taxicabs is authorized by Act 94, which was passed in 2004 and gave the PUC and PPA jurisdiction over partial rights taxicabs within the city. PPA also noted in an earlier court case that the Commonwealth Court determined PPA has permission to regulate partial rights taxicabs, and that the trial court determined the appellees could have to comply with two different regulations (the PPA’s and the PUC’s). The court pointed out that an overlap in jurisdiction could happen when a trip begins or ends in the carrier’s designated city territory. If the entire transportation is in the city, it’s PPA’s jurisdiction, if it’s completely outside of the city, it’s PUC’s jurisdiction.

Concerning PPA’s regulations, the Supreme Court evaluated if the Commonwealth Court correctly analyzed the appellees’ challenges to the 2011 regulations with the Tire Jockey test. (Regulations are within the agency’s granted power, issued to proper procedure, and reasonable.) The appellees said the regulations were unreasonable and violated their substantive due process rights. The Supreme Court agreed and said the Commonwealth Court ruled correctly when it decided the regulations weren’t reasonable.  The court pointed out there were major differences in regulations between the appellees and those put on medallion taxicab operators, which are companies allowed to offer services throughout the city.

The court also denied PPA’s challenge to the Commonwealth Court’s decision to give relief to appellees who didn’t participate at trial.