Terry Grugan of Ballard Spahr: Being a lawyer is a 'way to help people in the system' 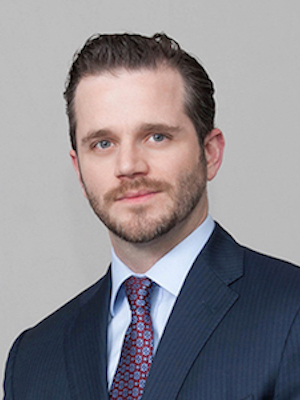 Editor's note: This is part of a series of profiles of Pennsylvania lawyers.

PHILADELPHIA (Legal Newsline) – Terry Grugan's decision to practice law stemmed from a fascination with the criminal justice system and the importance of a system that functions well.

Ultimately, he chose to pursue a career in white-collar defense.

"I always saw being a lawyer as a way to help people in the system, whether it is people in the prosecution side who are protecting society from the bad guys or the defense side where I am, where we could be protecting people from unjust prosecution and unjust government interference, or more broadly, making sure that the people with the power are following the rules," Grugan told the Pennsylvania Record.

Grugan said that being a "bulwark against injustice" was at the heart of why he chose to be an attorney in the first place.

"I was just walking outside of the Curtis Center the other day and they have Founder's Walk with plaques for our founding fathers, and I was blown away by how many of them were lawyers - it was the most-common profession for them," Grugan said.

"As cliché as it sounds, our nation was built on laws and lawyers and it is a vital part of our system."

Grugan is now in his 10th year of practicing law and came to Ballard Spahr after he learned about the firm's unique community focus.

"Pro bono work is the identity of the firm, really, and it is something that I really appreciate as it uses our skills to help people. The people here at the firm are also highly professional, highly likeable, it's a good crowd to work with and there are nothing but brilliant hardworking lawyers here," Grugan said.

Grugan went into law believing that criminal defense is what he would be most interested in and found that the more he learned about it, the more white-collar defense became the obvious choice for him.

"I get to work on matters that can be pretty sophisticated and complex, so there is a lot to learn and a lot of detail to understand, which keeps my mind going," Grugan said.

Want to get notified whenever we write about Ballard Spahr, LLP ?

Sign-up Next time we write about Ballard Spahr, LLP, we'll email you a link to the story. You may edit your settings or unsubscribe at any time.