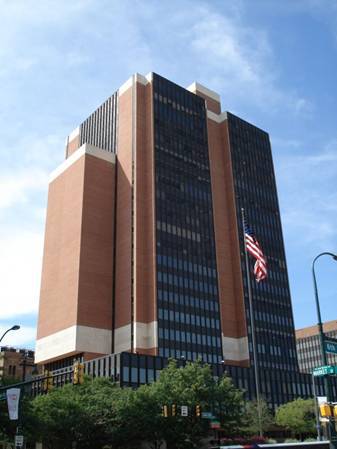 PHILADELPHIA - On July 23, a couple filed their opening brief as they appeal to the U.S. Court of Appeals for the Third Circuit after a lower court dismissed their case against Newsweek over allegations that the publication used their child’s picture for racist propaganda.

Brian and Melissa McCafferty filed the appeal after the U.S. District Court for the Eastern District of Pennsylvania granted Newsweek Media Group LTD’s motion to dismiss on March 9.

They said in the appeal that despite the lower court’s decision, Newsweek defamed their child when it used a photo of the child with the phrase, “these kids are being weaponized…. When, in fact, they are defending raw racism and sexual abuse?”

They also said the trial court erred when it refused to let the parties take part in discovery. They added that the lower court should not have consistently reiterated that the purpose of the article “cannot reasonably be understood,” according to the lawsuit, and cannot automatically be assumed to suggest that the child is in the “alt-right” community, that the child is involved in a “weird little army” and that the child is a supporter of racism and sexual abuse.

The parents sued Newsweek after an article went live on its site called “Trump’s Mini-Mes.” The article also states that “the alt-right” recruited a 12-year-old Trump supporter and adds, “She’s not the only kid in this weird little army,” according to the lawsuit. The wording is directly under a photo of the child, and the parents say this is proof that the article is referencing to the child as a “kid” in the “weird little army.”

“Otherwise, why use (the child)’s photograph to headline this grotesque article?” the parents asked.

“Newsweek is both directly stating and falsely implying, factually, that the alt-right has created a weird little army and that (the child) is a part of it. These are Newsweek’s own words, and are not capable of anything but their plain and ordinary meaning, all published underneath a photograph" of the child, the parents said.

On March 3, U.S. District Court Judge Juan R. Sanchez dismissed the lawsuit, ruling the claims for defamation and false light associated with a published article about their son, “C.M.," a vocal supporter of President Trump, did not meet the legal standards for their assertion.

“The McCaffertys’ defamation and false light claims on behalf of C.M. will be dismissed because the challenged statements in the article are incapable of defamatory meaning or placing C.M. in a false light,” Sanchez said.

“The McCaffertys’ own defamation and false light claims will also be dismissed because the article fails to mention them and cannot reasonably be understood to be about them. Accordingly, Newsweek’s motion to dismiss will be granted.”

Just five days later, the McCaffertys announced intentions to appeal the decision to the Third Circuit.

"There is ... one huge piece of evidence that is, standing alone, proof of malice," the parents said in their appeal. "If the article is not about (the child), as Newsweek admits and the trial court accepts, why is (the child)’s picture on the article?”

The digital version of the article has been updated and is called "Trump's Child Crusaders."