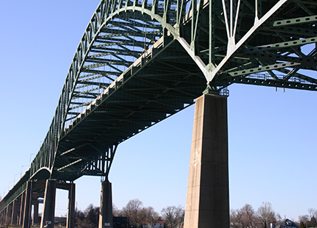 PHILADELPHIA - On Aug. 2, a judge for the U.S. District Court for the Eastern District of Pennsylvania granted an injunctive order against the Commonwealth of Pennsylvania Secretary of the Department of Labor, Gerard Oleksiak, ordering him to stop preventing and delaying a construction project.

In 1934, Pennsylvania and New Jersey created the Delaware River Joint Toll Bridge Commission to operate bridges over the Delaware River between the two states. Both states forfeited a section of their sovereignty concerning Delaware River bridge operations in creating what became a federal agency, as the agreement it was formed under was approved by Congress.

Now, the commission is nearing completion of a project at Scudder Falls Bridge, but Oleksiak has instructed inspectors to bar the commission’s elevator company from fixing elevators in the new buildings.

"The Commonwealth seeks to impose its elevator safety regulations on the Bridge Commission,” the court said.

U.S. District Judge Mark A. Kearney granted an injunction against Oleksiak “from further interfering, impeding or delaying the activation and repair of elevators” for the buildings.

"States cannot impose safety and inspection regulations on federal buildings or property,” Kearney said, reiterating that the commission is a federal agency.

Kearney said the agreement under which the commission is housed specifically states that the Commonwealth and New Jersey agreed local cities kept police authority to oversee “streets, roads, highways, bridge approaches, bridge plazas, and approach highways” according to the lawsuit. But this agreement was in light of the Commonwealth and New Jersey giving the commission the authority to change these aspects if needed, he said.

“The Commonwealth fails to show it retained police power to regulate the bridge commission’s elevators. We decline to add language not agreed by the elected officials of the Commonwealth and New Jersey,” he wrote.

The court also refused to enforce state law on the bridge commission that was created with the purpose of being a bi-state entity.

Kearney said an injunctive relief for the commission does not also indicate harm for the Department of Labor but instead suggests public interest.