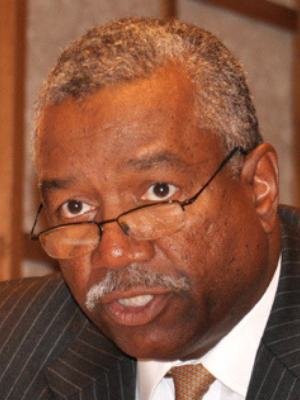 PHILADELPHIA - A woman who sued after being fired by St. Francis–St. Vincent Homes for Children had most of her allegations dismissed Aug. 7 by the U.S. District Court for the Eastern District of Pennsylvania – but it allowed her charges of race and religion discrimination and retaliation to continue.

St. Francis hired Mercedes Fisher, a Muslim African-American woman, as a mental health care youth worker in December 2016. She was later transferred to the McGlade House, a facility known to allow same-sex relationships between minor boys who live there, according to Fisher's lawsuit, in Bucks County in September 2017.

Fisher was later fired for not intervening in an altercation between a colleague and one of the underage boys.

Fisher said she witnessed other workers in her position use homophobic remarks against the underage residents. In one instance, Fisher witnessed a confrontation between a worker and a minor resident. She filed a report along with a photo of the assault to her bosses, including Collete Wade. Another supervisor, Jim Logan, later fired Fisher for not stepping in to stop the altercation.

Under the notion she was wrongfully terminated, Fisher responded with a Charge of Discrimination to the EEOC and later filed the current lawsuit against Wade, Logan and the Catholic Social Services of the Archdiocese of Philadelphia. The defendants asked the court to dismiss the case.

The first three counts are claims under 42 U.S.C. Section 1981 and Title VII for discrimination, retaliation and hostile work environment.

The defendants said the second and third counts' national origin accusations should be tossed because Fisher didn’t “exhaust her administrative remedies” when she didn’t check the national origin box or bring up the issue in her claim with the Equal Employment Opportunity Commission prior to the lawsuit. They added that the first three counts don’t include any examples of discrimination in September 2017.

While the court said Fisher’s failure to check a box isn’t enough to prove she can’t later sue for national origin, “Plaintiff’s EEOC charge contained no indication that she wished to pursue a national origin discrimination claim. Not only was the relevant box not checked off, but the supplemental attachment only discussed race, color, gender, and religious discrimination and retaliation,” Joyner ruled in dismissing the national origin claims.

However, Joyner wrote, Fisher did sufficiently plead discrimination for gender and religion.

“Plaintiff provides concrete factual allegations from which gender and religious discrimination can be inferred,” he wrote. He said Fisher claimed that she and another Muslim worker were penalized for offering their phone numbers to residents while other youth workers didn’t receive any discipline for the same thing. So he denied the motion to dismiss for Count 2 as it relates to religious discrimination.

Fisher said she suffered retaliation because she disagreed with gender-based discrimination, which is illegal under Title VII. The court agreed and said Fisher gave several examples of times she tried to report gender discrimination that she as well as other co-workers faced.

“Not only does plaintiff describe the escalation of events, but she also alleges that her continued opposition led to verbal abuse and her eventual termination,” Joyner wrote in continuing in the third count of retaliation.

The court also denied defendants’ motion to strike punitive damages for counts 2 and 3.

Joyner said, though, that Fisher didn’t prove she suffered a hostile work environment and dismissed that claim.

Joyner went on to dismiss the fourth, fifth and sixth counts, stating Fisher didn’t exhaust her administrative remedies. He said the PFPO “only covers conduct that took place in the city of Philadelphia,” and courts inside of the circuit require administrative remedies to be exhausted before a lawsuit is filed.

Joyner dismissed the seventh and eighth counts because, he said, Fisher  missed the deadline of the statute of limitations.

He said Section 1424 of the whistleblower law says a civil action has to be filed within 180 days of the alleged action. MCARE has a similar stipulation with a 180-day statute of limitations.

“Here, plaintiff has filed this civil action well after the 180-day statute of limitations period, which began upon her termination on September 29, 2017,” Joyner wrote.

That dismissal prompted him to dismiss the ninth count as well, as it was grounded under the whistleblower law and MCARE.