Would you bet $15 million on a lawsuit? 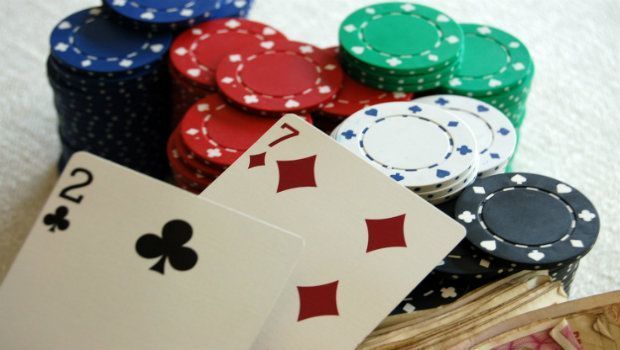 Good poker players win when they lose. They recognize when another player has a stronger hand and can’t be bluffed off of it. So rather than waste money chasing cards, they fold and save their chips for a better opportunity.

Litigation funders likely consider themselves expert gamblers. They front the costs of lawsuits to plaintiffs lawyers in exchange for a percentage of any settlement or verdict. It’s risky business, considering that if they invest in a loser, they get nothing back.

Irish real estate magnate Garrett Kelleher is on tilt in Philadelphia – and not at SugarHouse’s poker room. With millions in the pot, he’s holding 2-7 off-suit and going heads-up with a federal judge with pocket aces.

The case dates all the way back to 1991, when a businessman sued Cigna over damage to his property during the Liberian civil war. A judge found the damage was subject to an exclusion in the insurance policy.

After, the plaintiff filed the same claims in a Liberian court and won $66.5 million. The Philadelphia court entered an injunction against that judgment, deciding the original ruling couldn’t be overturned by the Liberian court.

Kelleher has since funded the plaintiffs’ effort to trash the Philadelphia judgment, spending close to $3 million to get a share of the theoretical $66.5 million jackpot, it was learned in 2014. The case has provided a rare look at a third-party litigation funding agreement, which are often kept secret from the public and defendants.

What Kelleher and the plaintiffs he funded have done is “an affront to the Courts of the United States,” Judge Paul Diamond said. Cigna wants back the money it spent defending itself.

Diamond recently told Kelleher that he will be facing a $15 million judgment if the case isn’t settled by the end of September. Diamond found him in contempt of the injunction two years ago, and the matter has dragged on as Kelleher wants to reopen that issue.

For Kelleher, $15 million is a lot of money to gamble to find out if the judge is bluffing. It’s time to fold.

U.S. District Court for the Eastern District of Pennsylvania • Cigna