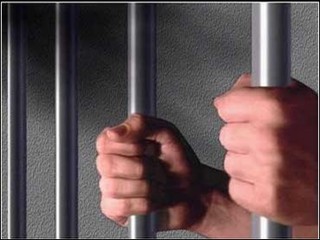 PHILADELPHIA - The widow of a man who hanged himself after pleading guilty to sexual assault has sued a correctional facility and others in the U.S. District Court for the Eastern District of Pennsylvania.

Phyllis Phillips, who filed the lawsuit Aug. 23 on behalf of her late husband, Arthur Phillips, alleged that Arthur Phillips didn’t receive proper treatment while he was being held at SCI Graterford in Pennsylvania. She said this caused him to hang himself in his cell on Jan. 28, 2018. He was 68 years old.

She sued Corizon Health Inc.; MHM Correctional Services Inc.; Barbara Herst, a registered nurse who cared for Arthur Phillips; Hannah Jenkins, a mental health worker; and an unindentified doctor whose identity is thought to be known to the defendants, but is not known to Phyllis Phillips.

She sued the individual defendants for alleged violations of Arthur Phillips’ right to be free of cruel and unusual punishment, as well as a due process right via the Eighth and 14th amendments. She sued Corizon Health Inc. and MHM Correctional Services Inc. on allegations that they did not properly treat Arthur Phillips.

She asked the court for more than $150,000, not including interests and lawsuit costs, as well as any other awards the court sees fit.

Arthur Phillips was arrested April 20, 2017. At that time, he was transferred to the Chester County Prison after receiving treatment at the Psychiatric Unit of the Veterans’ Administration Hospital in Coatesville following an attempt to take his own life the day before. He was held on suicide watch and was prescribed Prozac on April 22, 2017, the suit says. He had been taking the medication since 2001 to help treat his major depressive disorder, the suit says.

In 2018, he was moved to SCI Graterford, where Herst conducted a screening and concluded that he should be referred to the psychiatric ward, the suit says. Phillips also noted that her husband was prescribed Prozac there.

It also alleged that Arthur Phillips was never on suicide watch while at SCI. He wasn’t provided with a special cell or other resources that would have been appropriate considering his previous suicide attempts, Phyllis Phillips alleged in the lawsuit.

Arthur Phillips took his own life on Jan. 28, 2018. He hanged himself with a bedsheet in a prison cell in general population.

Mrs. Phillips claims the defendants “were aware of, and recklessly and deliberately indifferent to, the excessive risk of not providing Mr. Phillips with Prozac, or a similar medication, to manage his major depressive disorder, and/or placing him on suicide watch,” according to the complaint.

Arthur Phillips, who worked as a teacher’s aide for Conestoga High School, pleaded guilty to a sexual assault charge in November 2017. He was sentenced to 10 to 20 years in state prison.

Arthur Phillips caught the attention of police when he crashed his car in what was said to be a suicide attempt. He left a note in the vehicle that read, “I was just a guy trying to help a kid and the boundaries just got gray.”