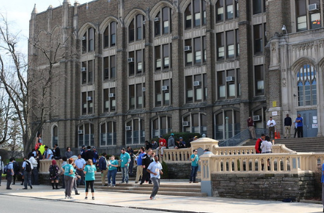 PHILADELPHIA - Camelot Academy has been dismissed from a lawsuit brought by a woman who said her grandson was assaulted by a security guard, having claimed the complaint was "not a model of clarity" and didn't make any connection to Camelot.

On Thursday, U.S. District Court Judge Timothy J. Savage granted Camelot Education’s motion to dismiss pursuant to Federal Rule of Civil Procedure 12(b)(6), failure to state a claim, and its motion to strike scandalous and impertinent allegations pursuant to Federal Rule of Civil Procedure 12(f), as the plaintiff failed to respond to the motion. As a result, Camelot was totally dismisssed from the litigation.

The motion had been filed Sept. 13 by Camelot in a case that also names the School District of Philadelphia as a defendant. Elba Jimenez sued for negligence (Count I) and violation of grandson A.J.’s Fourteenth Amendment rights (Count II), as well as assault and battery on behalf of minor child (Count III), A.J.

Jimenez alleged that A.J. was assaulted by a security guard, named John Doe in the lawsuit. At the time, A.J. was a student at Olney Charter High School, where ASPIRA, Inc., had hired Camelot to operate a disciplinary transition program.

Camelot says the security guard wasn't its employee, and A.J. wasn't in its program at the time of the alleged assault.

In the incident in question, A.J. got into a disagreement with a teacher over whether he could leave the class to go to the bathroom.

Jimenez said that the teacher shoved A.J. Doe allegedly then came to the class and got into a screaming match with A.J.

Doe allegedly then handcuffed A.J. before he continued to pick up and drop A.J. by his arms. A.J. was then moved to the Camelot transition program and Doe continued his harassment, the lawsuit says.

In its motion to dismiss, Camelot also argued that the Pennsylvania Political Subdivision Tort Claims Act makes it protected with immunity on the state-law claims (counts I and III). Camelot said it served as a contractor for a charter school, and considering Camelot’s doings at Olney are interwoven the district, it is immune to the state claims.