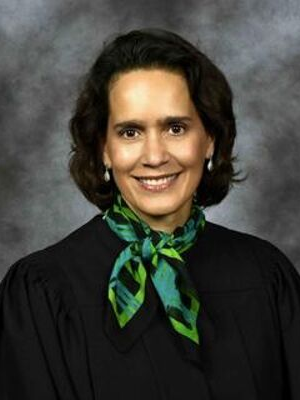 Judge Wendy Beetlestone of the U.S. District Court for the Eastern District of Pennsylvania

PHILADELPHIA - Khepera Charter School has been ordered to pay attorneys fees of $14,412.83, and the Pennsylvania Department of Education (PDE) will pay $72,521 more to a lawyer for a woman who claimed her disabled child was not provided with a free appropriate public education (FAPE).

Judge Wendy Beetlestone of the U.S. District Court for the Eastern District of Pennsylvania made the ruling on Sept. 23.

Lejeune G. filed the motion in her lawsuit on behalf of her son, T.T., in her Individuals with Disabilities Act (IDEA) case against Khepera and the PDE. She asked the court for $97,987.50 in legal fees and $497.09 in costs.

Khepera took issue with whether Ms. Lejeune was the prevailing party to begin with.

“While plaintiff’s agreements with Khepera provided the possibility of judicial enforcement, the August 2018 judgment actually enforced them,” said the court. “This constituted a material alteration of their relationship. Plaintiff therefore prevailed against Khepera.”

The court then evaluated whether Lejeune G.’s request was reasonable. After looking into the hourly rates and market trends for legal fees, the court determined that Ms. Lejeune’s request was indeed sensible and rational.

“Because plaintiff also failed in a significant respect – she did not succeed in establishing Khepera and PDE’s obligations as coextensive – the lodestar will be reduced by 10 percent against PDE, exclusive the hours spent on fee-petition preparation," the court said. "Because plaintiff succeeded entirely in her claims against Khepera, there will be no reduction as against Khepera.”

Lejeune G. argued that both defendants should be responsible for all of the attorneys' fees awards. But the court pointed out that even though both PDE and Khepera were said to be responsible, they were held liable for different injuries.

Lejeune G. filed the lawsuit in November 2014 and Khepera was told to pay $160,000 toward a trust for T.T.’s education via an Implementation Agreement after an impartial due-process hearing. The agreement added that reasonable attorneys' fees would have to be paid to the prevailing party.

Lejeune G. followed up the hearing with a second due-process complaint against Khepera, which then agreed to pay $9,240 in the trust, and T.T.’s tuition to the YALE school, which is an institution for students with disabilities, in the 2015-2016 school year. It also said it would reimburse $10,560.96 for tuition already paid to the school, and that it would cover Lejeune G.’s attorneys' fees.

But Khepera didn’t hold up its end of the deal when it didn’t pay $44,445 in compensatory education payments toward the trust and YALE tuition for the 2015-2016 school year. In June 2017, counsel for Lejeune G. told PDE that Khepera breached its agreement.

Lejeune G. then sued Khepera and PDE. PDE said it would pay $44,445 in compensatory education payments that Khepera owed, but “plaintiff, however, was dissatisfied with PDEs offer as it did not provide all the relief agreed to by Khepera in the Implementation Agreement,” according to the lawsuit. Lejeune G. asked for attorneys' fees following her summary judgment motion, but both sides requested a stay while she challenged the court’s decision to grant PDE partial summary judgment.

After the decision was affirmed, Lejeune G. asked for attorneys' fees once again, and the court granted her a portion of her request.