Court dismisses most of protester's claims against Secret Service agent, allows one to continue 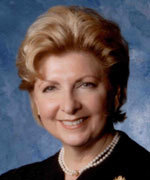 PHILADELPHIA – A protester who filed a lawsuit against a U.S. Secret Service agent in that agent's personal and professional capacities will have one of his Fourth Amendment claims heard, but his First Amendment claims against the agent were dismissed Sept. 30 because the U.S. District Court for the Eastern District of Pennsylvania ruled it did not have jurisdiction over a federal agent.

Jeremy Graber was arrested July 27, 2016, in Philadelphia, the last day of that year's Democratic National Convention. A group of protesters broke through a security fence, and Graber was arrested afterward and charged with a federal terroristic offense despite claiming that he was not part of the group and never went through the fence.

Later, video emerged showing Graber was not involved in the breach and never crossed the fence, and charges against him were dropped. He subsequently filed a lawsuit in the district court against the police officers who arrested him, among them Dales and Boresky, alleging violations of his rights under the First and Fourth amendments.

Boresky filed a motion to have all claims against him dismissed, arguing that he works for the U.S. Government, which cannot be sued in any court except where it consents to be sued. District Judge Cynthia M. Rufe agreed, saying Graber's suit did not suit any of the three specific cases in which a federal employee could be sued in his federal capacity at any venue.

Rufe also dismissed Graber's claim of First Amendment violation against Boresky in his personal capacity, saying the convention was already over by the time Graber was arrested and so it was unclear how the arrest violated his right to free speech.

The claim that Boresky violated Graber's right against unreasonable search and seizure was left intact.

The plaintiff must file an amended complaint by Oct. 28.