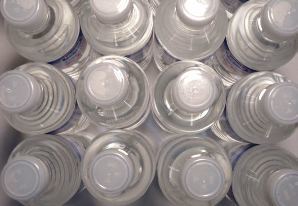 Stanley Frompovicz, who has worked in extracting and bottling water, sued extractor James Land as well as bottlers Niagara Bottling and Ice River Springs Water Company, alleging they marketed well water as spring water. In an opinion issued Oct. 9 in U.S. District Court for the Eastern District of Pennsylvania, Judge Wendy Beetlestone said despite an earlier opinion that Frompovicz offered viable Lanham Act violation allegations, she would not certify his two putative classes, one on behalf of extractors and another on behalf of bottlers.

Both Niagara and Ice River operate bottling plants in Allentown, according to Beetlestone, and buy some of their water from Land’s Pine Valley farm springs. Frompovicz alleged water extracted from Pine Valley does not meet U.S. Food and Drug Administration standards to be classified as spring water.

Beetlestone explained that the bottler class certification motion failed because Frompovicz said it would include anyone who bottled water in the United States from Jan. 8, 2012, to the present, even though he acknowledged in the proceedings that he was not a bottler in that time period and does not fit his own class definition.

“The extractor class fares no better because [Frompovicz] has not established the numerosity, typicality, or adequacy of representation elements” federal court rules require, Beetlestone wrote.

Frompovicz said the class would have the same date range and include anyone who extracted spring water within 400 miles of Pine Valley, in New Ringgold, Ice River’s plant in Allentown or Niagara’s plants in Allentown and Hamburg. But Beetlestone ruled that Frompovicz did not offer sufficient evidence for using the 400-mile radius to establish the class size, or to support claims there are at least 90 extractors in that area with at least 23 in direct competition with Land.

Beetlestone further said Frompovicz’s Lanham Act allegations are not typical of his purported class, in large part because he was not selling spring water from one of his two sites during the class period. The claims also are atypical in that statutory limitations defenses are uniquely applied.