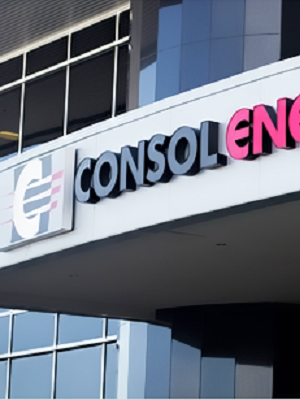 During his employment in November 2017 at Consol's Bailey mine, plaintiff Kurt Robinson, an African-American, alleges he came across an illustration of a clansman figure that had the words "KKK" and "Grand Wizard" with it, according to a memorandum opinion filed in U.S. District Court for the Western District of Pennsylvania. Judge J. Nicholas Ranjan authored the Nov. 27 decision.

Robinson alleges he reported the incident but Consol did nothing more than tell employees to not deface company property and a culprit was never found. Robinson claimed in his complaint that he had experienced racism and hostility several times previously.

After the KKK illustration, Robinson filed his complaint alleging discrimination and a hostile work environment. Consol then sought summary judgment, arguing the claims should be barred because Robinson failed to exhaust administrative remedies and for a failure to meet prima facie elements, according to the memorandum decision.

"Consol is partially right, and the court will enter judgment for Consol on the Title VII claims for Mr. Robinson's failure to exhaust his administrative remedies," Ranjan wrote.

Ranjan denied summary judgment for Consol on Robinson's other claims. Ranjan ruled that the Title VII claims were not administratively exhausted and the two in Robinson's case were to be dismissed.

Ranjan noted in the decision that Robinson also couldn't establish that he'd suffered an adverse employment action by Consol due to allegations he was passed over for a management position even though he'd never taken the proper tests or even applied by a supervisory position.

In his decision, Ranjan agreed there was a "genuine dispute of material fact" on whether or not Consol properly handled the situation regarding the KKK drawing.

"Indeed, even the undisputed facts could lead a reasonable jury to determine that Consol was negligent in its remedial measures," Ranjan wrote.

At a minimum, Ranjan wrote that the disputes involving material fact on employer liability would preclude summary judgment.