Judge: Having a Pennsylvania attorney doesn't mean out-of-staters can sue there 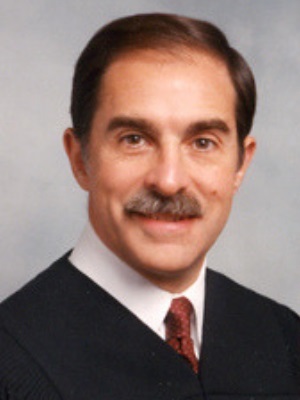 PHILADELPHIA – The cases of 10 women who live outside of Pennsylvania and who claim they were injured by intrauterine devices manufactured by a North Wales-based pharmaceutical company has been transferred to other federal courts.

In his eight-page memorandum issued Nov. 18, U.S. District Court Judge Harvey Bartle III of the Eastern District of Pennsylvania said that the plaintiffs' choice to litigate in Pennsylvania against Teva Pharmaceuticals USA "deserves little weight" and granted motions by the remaining defendants in the case to move them to federal jurisdictions where the plaintiffs live.

"None of the plaintiffs has or had any contact with Pennsylvania other than to have a Pennsylvania attorney file the lawsuits in the Court of Common Pleas of Philadelphia County from which they were removed," Bartle wrote.

The remaining defendants in the case are Teva Women’s Health Inc., CooperSurgical Inc. and The Cooper Cos. Inc., all of whom filed motions to transfer.

Allegations by all 10 plaintiffs in the case are similar, according to the memorandum.

"The plaintiffs all allege that they suffered personal injuries from a defective intrauterine copper contraceptive device ('IUD') manufactured and sold by defendants," the background portion of the memorandum said. "Upon removal of the plaintiff’s IUD some years after it was implanted, a part broke off and remained embedded."

All of the plaintiffs required additional surgery.

Three of the plaintiffs reside in California, two in Utah and one each in Idaho, Minnesota, New Jersey, Tennessee and Texas. All of their former IUDs were manufactured in Buffalo, New York, and each was prescribed, sold, implanted and removed in the state where each plaintiff lives, according to the memorandum.

"While the plaintiff's choice of forum should not be lightly disturbed, it is afforded less weight when the plaintiff selects a forum other than where she resides," the memorandum said.

The remaining defendants made their case for transfer, according to the memorandum.

"The scales on the issue of the convenience of the parties tips heavily in favor of transfer," the memorandum said. "It will clearly be less expensive for the individual plaintiffs to have their lawsuits litigated near their homes than to travel in some cases thousands of miles to Philadelphia. There is no significant burden on defendants, large corporations, in moving the cases elsewhere. In any event, they are the moving parties."