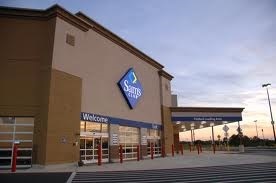 Tanielle Thomas sued Walmart and Sam’s West Inc. on Nov. 1, 2018, alleging violations of the Fair Labor Standards Act and the Pennsylvania Minimum Wage Act with policies that caused employees to underreport hours, depriving them of overtime wages. Thomas, who worked at a Sam’s Club in Willow Grove, alleged employees are required to report to work early but can’t use the electronic time clock to punch in until the start of their scheduled shift.

In an opinion issued Dec. 19, U.S. District Judge Michael Baylson, of the Eastern District of Pennsylvania, said Thomas meets “the lenient burden she bears in establishing her entitlement to conditional certification” by describing her own work experience as well as providing a declaration from another person who worked at her store as well as one in Cinnaminson, New Jersey, detailing a similar experience.

She also submitted the company’s associate pay management guidelines and the associate pay policy, which show employees must get permission before working overtime hours.

“If future certification discovery reveals that some opt-in plaintiffs are not similarly situated, the court may decertify the class,” Thomas wrote. “Given defendants’ concern about a collective class that is broader than what is justified by the evidence, the court will carefully scrutinize the evidence before granting final certification of the employees to be included.”

In response, Walmart wanted the court to allow notices to potential class members to include contact information for defense lawyers. It also objected to Thomas’ proposal that lawsuit notifications be posted in its stores and to the plan for reminder notices to potential members during the opt-in period.

Baylson said Thomas is required to included defense counsel contact information on any notice sent to the conditionally certified class along with a notice that class members can retain their own attorneys. The notice can go in the Willow Grove and Cinnaminson stores, but Baylson delayed ruling on posting in other stores pending further certification discovery. At this time, reminder notices will not be allowed.