Lawsuit filed against Middletown over mayor's dispute with Chinese restaurant 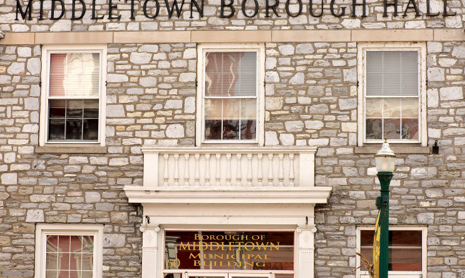 HARRISBURG - A federal lawsuit alleges municipal officials in the Borough of Middletown sought to prevent a Chinese restaurant owner from opening and conducting daily business operations.

The suit, filed Jan. 24 in U.S. District Court for the Middle District of Pennsylvania, alleges the owner was denied equal treatment when told to comply with arbitrary zoning enforcement, related in part to off-street parking, and summarily issued fines.

In one example, the suit states, the owner spent approximately $10,000 in engineering fees.

“The Citations were arbitrary and capricious and directly contrary to the representations and assurances provided to [plaintiff] by [defendant] on behalf of the Borough and were motivated by an improper desire to frustrate [the plaintiff’s] lawful business opportunities,” the suit states.

“[The plaintiff] has been treated in an inconsistent and capricious manner, with contradictory directives and orders all of which were intended to cause the … restaurant to ‘fall’ and to ‘bleed’ the company.”

The suit seeks damages for expenses incurred by the plaintiff, as well as attorneys’ fees and costs.

Want to get notified whenever we write about Borough of Middletown ?

Sign-up Next time we write about Borough of Middletown, we'll email you a link to the story. You may edit your settings or unsubscribe at any time.