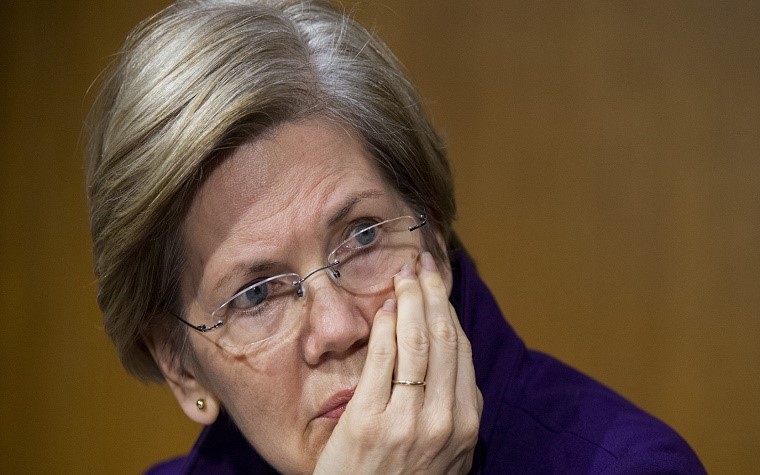 This month, fresh off her shocking third-place finish in Iowa, Elizabeth Warren began airing a new TV spot touting her creation of the Consumer Financial Protection Bureau, otherwise known as the CFPB

That was back in 2011, when Barack Obama was president. The ad seeks to make clear that Obama loved the idea of a “consumer protection” agency as much as Warren did.

Say what you will about Elizabeth Warren – and there is a lot to say – she wasn’t exaggerating about his feelings for the CFPB. It remains one part of Obama’s legacy that has yet to be thoroughly dismantled by his successor. It even continues to thrive, serving as a “Trojan Horse” of sorts inside the gates of the Trump Administration.

Populated by zealous Obama administration holdovers, the CFPB is unaccountable to Trump and taxpayers. It skirts Congressional oversight because it’s funded by user fees rather than Congressional appropriations and the CFPB director cannot be fired without “just cause,” putting the CFPB above everyone’s reach.

Absolute, unchecked power tends to corrupt. So it wasn’t a surprise when the CFPB’s first lawsuit against a private company transmogrified into a cautionary tale in regulatory overreach and bureaucratic hubris.

Between the time President Trump won election in November 2016 and was inaugurated in Jan 2017, the CFPB hurried to sue student loan servicer Navient in a Pennsylvania federal court.

The U.S. Department of Education makes federally guaranteed student loans-- setting interest rates and payback terms. It then hires companies like Wilmington, Delaware-based Navient to collect those re-payments from borrowers.

The CFPB claimed Navient hurt “hundreds of thousands” of borrowers by steering them away from repayment plans and towards forbearance, an option whereby they don’t have to pay their loans, but interest still accrues.

One problem with this claim: three years after filing its lawsuit, the CFPB has yet to produce a single witness who will corroborate its allegations. It has tried and tried to find one, vetting countless candidates it hopes will validate its theory. But depositions have exposed a series of baseless complaints from customers angry about the size and scope of their student debt itself, not the manner in which it was serviced.

In hindsight, it is plainly predictable that the CFPB, created by a career academic, would seek to blame the soaring cost and diminishing value of her own vocation on a private company that has nothing to do with either.

When one has presidential ambitions yet is almost personally to blame for a national crisis, finding a bogeyman is an imperative.

Here’s another for the Trump Administration: It is time to push Warren’s Trojan Horse back out.

Good news, then, that the United States Supreme Court has agreed to hear a challenge to the constitutionality of the CFPB’s impunity; arguments begin this March.

In the interim, the CFPB needs to drop this politically driven, ill-advised lawsuit against Navient, pay the company restitution and apologize to the American people for its bureaucrats’ behavior.

Extortion and humiliation in the name of the American people should no longer be tolerated by civil libertarians on either side of the political aisle.

Want to get notified whenever we write about Consumer Financial Protection Bureau ?

Sign-up Next time we write about Consumer Financial Protection Bureau, we'll email you a link to the story. You may edit your settings or unsubscribe at any time.