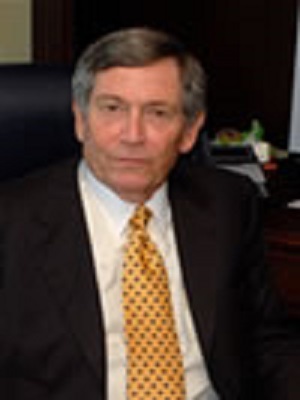 MONTGOMERY, Ala. – On May 26, a former partner in a law firm that played a key role in the NFL concussion lawsuit in Philadelphia federal court has sued his former firm, alleging it owes him millions of dollars in compensation.

As part of the PSC, Pope McGlamry was one a group of firms responsible for the coordination of all pre-trial discovery; serving as the spokespeople for all plaintiffs; drafting, submitting and arguing all motions; conducting depositions and examining of witnesses; introducing evidence at hearings; and negotiating stipulations and settlements with defendants.

That litigation resulted in a proposed settlement of $765 million to provide medical care to more than 18,000 former NFL players and $10 million for traumatic brain injury research, safety and education programs. It was reached in U.S. District Court for the Eastern District of Pennsylvania on Aug 29, 2013.

Now, Walker says his former firm owes him millions of unpaid dollars from when he made known his desire to exit Pope McGlamry in February.

Walker claims previous partners who withdrew from the firm were fairly compensated upon their departures, but that same consideration did not extend to him.

Rather, Walker alleges Pope McGlamry’s remaining partners – C. Neal Pope, Michael L. McGlamry and Paul V. Kilpatrick Jr. – had the firm’s board of directors secretly arrange a different severance package for him, which Walker says compensated him at a rate far less than previous exiting partners were afforded.

Walker, a Lee County, Ala., resident, became a partner at Pope McGlamry in 2011 and had practiced with the firm since that time. Originally a limited liability partnership in 2011 and 2012, the firm’s structure changed to that of a professional corporation in late 2012.

Each shareholder owns 100 shares of stock in the firm. Upon an Event of Purchase as defined in the agreement (death, retirement, termination, etc.), the firm is required to purchase that shareholder’s shares, he says.

The procedure sets forth a dual method for compensating shareholders: base compensation, and ownership interests or “cash flow percentages.”

Per the terms of the agreement, the majority of each shareholder’s compensation is based upon his assigned and agreed ownership interest – therefore, Walker feels he was entitled to a base compensation of $10,000 per month and 13 percent of the firm’s cash flow, the third-highest share in the firm.

In the last several years, other partners departed Pope McGlamry, each receiving a severance compensation approximately equal to their ownership interest and tied to their overall value to the firm, he says.

In February, Walker approached Neal Pope to inform him he planned to exit the firm due to health issues, and when he inquired how his severance compensation would work, he was allegedly told by Pope they “would work something out.” Walker was asked to stay on to conclude a pending case set to be heard in federal court in Miami on April 2, which he says he did.

Walker alleges after being delayed a number of times, a new severance package compensation plan was drawn up without his knowledge that drastically reduced the amount he would have received upon his exit.

Instead of the $9 million for his 13 percent ownership stake in the firm, which would have been in line with what other partners proportionally received for their own financial involvement upon their leaving, Walker was offered a mere $300,000 for his ownership stake, he says.

Pope allegedly represented to Walker that the firm could not afford to pay him what he was entitled, but Walker claims Pope McGlamry told the bank issuing the firm’s credit line that it was worth $70 million.

Plus, Walker claims Pope told him privately this was a “conservative” figure, and the firm’s true value was closer to $100 million.

Walker is suing his former firm for breach of contract, oppression, breach of fiduciary duty and accounting knowledge of the firm’s financial records from January 2011 to the present, and seeking a declaratory judgment and a trial by struck jury in this matter.

On May 29, the defendants filed a motion to dismiss Walker’s case, on the basis of improper service and the actions Walker is claiming being governed by Georgia law, since the firm is headquartered and conducts its principal business there.

Defense counsel claims the counts listed in Walker’s complaint are not “ripe for adjudication” nor “right for assertion” by the plaintiff.

Walker is seeking an amount to be determined by the jury, plus unpaid base pay, punitive damages, interest, court costs and any other relief the Court deems just and proper in this case.

The plaintiff is represented by Bruce Frederick Rogers and Sela Stroud Blanton of Bainbridge Mims Rogers & Smith in Birmingham, Ala.

The defendants are represented by James Robert McKoon, Jr. of McKoon & Gamble in Phenix City, Ala.