Woman says she was fired following struggle with alcoholism 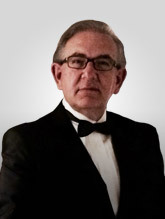 According to the complaint, from September 2010 to July 2014, McGee was employed by the defendant. On Nov. 7, 2014, the suit states, McGee returned to work from lunch under the influence of alcohol, became ill, fainted and was taken to a hospital.

The suit says McGee was instructed not to return to work for 24 hours and was administered a drug alcohol test Nov. 8, a non-working day, failing the test with a BAC of .01. While awaiting the urinalysis portion of the test, McGee went into alcohol withdrawal and was hospitalized for three days, the complaint states.

Following an outpatient program and subsequent clean test results in late January 2014, the suit says, McGee was not given a return-to-work date and she subsequently lapsed. She voluntarily admitted herself to a rehabilitation center for treatment in March and was again cleared to return to work in early May 2014, the suit states.

The complaint says McGee was terminated July 16 ostensibly for violating the company’s code of ethics. She alleges her employer failed to provide accommodation for her disability.