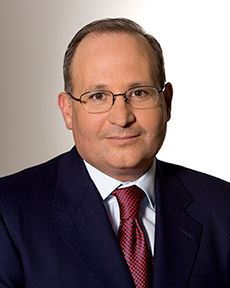 A Tennessee woman who alleges she sustained various physical ills and injuries because of a botched medical procedure is suing those who were charged with her professional care.

Philadelphia attorney Derek R. Layser filed the federal personal injury lawsuit July 27 at the U.S. District Court for the Eastern District of Pennsylvania on behalf of Kathy I. Murphy of Enville, Tenn.

Named as defendants in the civil action are Genesis Healthcare, which operates Crestview Center, the Langhorne, Pa. woman’s health clinic where Murphy was initially assessed, and Cooper University Hospital in Camden, N.J., the facility where the plaintiff had her surgery.

According to the complaint, Murphy went to the Center for Women’s Health in Langhorne in January 2009 after she started to experience feminine bleeding. She was subsequently diagnosed with endometrial cancer.

In June 2009, doctors at Cooper University Hospital performed a total abdominal hysterectomy, the lawsuit states. Murphy was discharged three days after the operation.

In the following days during recuperation, Murphy noticed that her surgical wound was leaking fluid. She was eventually readmitted to Cooper and was reassessed by doctors, the suit states.

A procedure known as a “wound vac” was performed, whereby doctors cleaned out the affected area using sponges. Similar cleanings were ordered for the following days and weeks, at which time Murphy was being cared for at the Crestview Center.

Murphy was discharged from Crestview in late July 2009.

Then, in October of that year, Murphy began to once again experience drainage from the earlier surgical wound, the lawsuit states. In early December, she went back to the original doctor who performed her initial surgery, and, upon examination, it was determined that there had been foreign material existing in the wound.

In early January, Murphy underwent surgery for the removal of the foreign body, which was later found to be one of the sponges that was used to clean her wound by medical care professionals.

For each of the two counts listed in the complaint, Murphy seeks damages in excess of $75,000, plus related costs.

Murphy has demanded a jury trial.