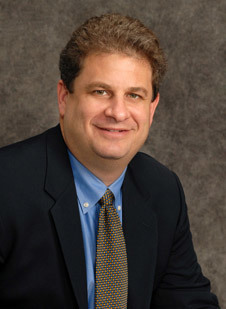 over allegations that she sustained various injuries as a result of having had the device implanted into her body.

Stephanie Teoli, of Oreland, Pa., claims in her civil action that she experienced physical problems after The Rejuvenate System was surgically implanted into her body at Thomas Jefferson University Hospital in Philadelphia on Jan. 24, 2011.

The complaint, which was filed on March 18 at the U.S. District Court in Philadelphia by lawyer Thomas R. Anapol, of the Philadelphia firm Anapol Schwartz, says that a post-surgical diagnostic workup revealed the absence of device loosening, infection, malposition or any other explanation for the pain and suffering experienced by the plaintiff.

Subsequent blood tests, however, indicated the presence of heavy metal ion contamination in the plaintiff, the suit states, and an MRI revealed adverse local tissue reaction and dehiscence at the posterior capsule.

Teoli eventually underwent a revision surgery on Aug. 8, 2012, the suit shows, during which it was discovered that there was significant corrosion on the Rejuvenate System that is manufactured by Howmedica Osteonics, the New Jersey company named as the defendant in the lawsuit.

The complaint accuses Howmedica of placing into the stream of commerce a defective medical device that the defendant itself acknowledged had been the subject of reports of failure due to heavy metal contamination in the body.

Howmedica admitted to having received such reports, and said as much in the spring of 2012 after it issued an Urgent Field Safety Notice to surgeons and hospitals across the country regarding its product, the lawsuit states.

The safety notice specifically referenced failures at the device’s taper neck junction between the neck and stem due to corrosion and fretting, the suit states.

“This corrosion and fretting was exactly the same failure mechanism that Defendant had warranted would not occur because of the Rejunvenate System’s design and composition,” the complaint reads. “It was also exactly the same failure mechanism that the medical and scientific community had been studying and documenting in modular implant device design since the 1980s.”

The suit states that the safety notice went on to describe symptoms and findings identical to those experienced by the plaintiff in the current lawsuit, which included tissue necrosis, metallosis, adverse soft tissue reaction and pseudotumor formation.

During the first week of July 2012, the suit states, the defendant issued a voluntary recall of all Stryker Rejuvenate and ABG II stems in the country, again citing reports of device failures due to heavy metal fretting and corrosion.

The plaintiff seeks compensatory damages in excess of $75,000, plus interest, costs, punitive damages, attorneys’ fees and other court relief.