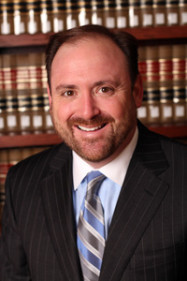 A Philadelphia jury recently returned a $350,000 verdict in a premises

liability case against Temple Hospital that was initiated by a former patient who says he needs spinal surgery due to injuries he sustained after falling on damaged concrete.

City resident Joseph McQueen was awarded the six-figure verdict at the conclusion of a four-day trial at Philadelphia’s Common Pleas Court, according to the plaintiff’s lawyer.

McQueen filed a civil suit against Temple University Hospital in May 2012 over claims that he sustained serious disc and ankle problems as a result of a fall he suffered while walking the grounds of the medical facility in April 2011.

He was a hospital patient at the time of the accident.

The plaintiff claimed that he had suffered a host of physical injuries as a result of his fall, with the most serious one being a cervical disc herniation that was impinging the spinal cord.

McQueen contended that the injury could lead to paralysis.

In a phone interview, Rosenfield, the plaintiff’s attorney, said that the $350K-plus verdict against Temple Hospital showed that the jury believed testimony by McQueen and an expert witness as to the cause of the serious injuries.

The jury, Rosenfeld said, agreed with his client that the large herniated disc that impinges on McQueen’s spinal cord, and will require surgical repair, was the result of the man’s falling on the pavement.

McQueen also suffers from pre-existing lumbar stenosis, Rosenfeld noted, but the jury did not believe that the man’s cervical disc problem was tied to any pre-existing condition in that region of the spinal column.

“Obviously the jury didn’t buy the argument that they [the defendants] were not responsible for the sidewalk,” Rosenfeld said.

At trial, aside from denying knowledge of the depressed concrete, the defendants also argued that the plaintiff’s injuries were nothing more than a left ankle sprain, according to Rosenfeld.

“His neck was really the main issue that I argued,” Rosenfeld said.

During trial, the defendant contended that the cervical trauma was incidental and that the disc herniation had already existed and was degenerative in nature, Rosenfeld said, but the jury didn’t buy that argument, instead believing the plaintiff’s assertion that his pre-existing problems had been relegated to the lower lumbar area of his spine.

In his medical report, Christian I. Fras, a physician specializing in spine surgery, stated that McQueen’s injuries could lead to paralysis if not treated with surgery sooner rather than later.

“There was a surgical recommendation that was strongly made by Dr. Fras,” Rosenfeld said.

Asked about the size of the verdict, Rosenfeld said he felt it was appropriate “for the severity of this gentleman’s injury.

“I think the forces came together in this case,” he said.

The four-day trial commenced with jury selection on Oct. 7 and ended with the $350,330 plaintiff’s verdict on Oct. 10.