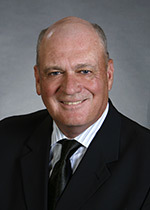 A Pennsylvania man is suing the U.S. Government over an accident with a

postal vehicle that he says caused him to sustain serious injuries and has prevented him from earning income.

William A. Farris, who resides in the City of New Castle, filed a civil action on April 7 against the United States of America over injuries he claims to have sustained following a Dec. 18, 2012, vehicle accident in the parking lot of Pagley’s Pasta & More in New Castle.

The complaint says that a United States Postal Service employee negligently operated his postal truck while in the process of exiting the parking lot.

The postal worker slammed into the right corner of the plaintiff’s bumper while Farris’s vehicle was stopped, according to the lawsuit.

The postal worker initially left the scene of the accident but Farris ended up following the government worker to a local post office where the two ultimately exchanged words.

As a result of the impact of the collision, the suit states, the plaintiff’s face struck the glass of the driver’s side window, causing him “significant injury.”

The day after the incident, Farris sought emergency treatment at a New Castle hospital relating to severe pain in his back, face, left elbow and right hip, records show.

Subsequent medical tests revealed a swollen disc in his lower back that was placing pressure on the nerves in his spine, as well as a dislodged titanium plate in the left orbital region of the plaintiff’s face that was causing swelling, nerve damage and significant pain, according to the complaint.

Farris at first underwent pain management treatments, including steroid injections, physical therapy and chiropractic numbing injections at the site of his damaged lumbar disc, the suit states, but he ultimately had to undergo back surgery on his disc after unsuccessful attempts at nonsurgical repair.

As a result of the ordeal, Farris has been disabled from his work and suffered earnings losses, the complaint says.

The plaintiff has exhausted all available administrative remedies pursuant to the Federal Tort Claims Act, and he received a denial of his claim because, as the government contended, there was insufficient evidence to support the claim, according to the civil action.

The suit accuses the government of negligence for operating a motor vehicle in a dangerous manner, failing to reasonably inspect the area in which the defendant’s vehicle was being driven, and failing to exercise reasonable care in the light of the circumstances.

He is being represented by Pittsburgh attorney John E. Quinn of the firm Portnoy & Quinn.

The suit was filed in the Western District of Pennsylvania.