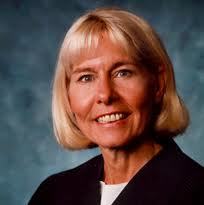 PHILADELPHIA – A federal judge dismissed all claims from a Philadelphia hair salon owner who claimed the City of Philadelphia violated her constitutional rights when it settled a slip-and-fall lawsuit without including her in the proceedings.

According to the lawsuit, Slater operated a hair salon in West Philadelphia and in 2012, Anita King filed suit Slater and the City in connection with a slip-and-fall accident on Slater’s property. The City was secondarily liable in the case, and asserted a cross-claim against Ms. Slater.

The matter had been scheduled for arbitration on Feb. 4, 2013. Before the arbitration hearing, Lloyd informed Slater’s counsel that the City had settled with King for $20,000.

Slater was not a party to the settlement or included in the discussions leading to the settlement, and the arbitration hearing on the City’s cross-claim resulted in a $20,000 award against Slater in favor of the City – a decision Slater appealed.

On appeal, Slater unsuccessfully attempted to remove King from the action, claiming she suffered hardship—“including potential exposure to liability”—as a result of the City’s failure to include her in its settlement with King.

On Sept. 12, 2013, judgment was entered in favor of the City and against Slater and her beauty salon in the amount of $7,500 — a judgment Slater has not appealed.

On Wednesday, Judge Gene E.K. Pratter, of the U.S. District Court for the Eastern District of Philadelphia, dismissed Slater’s claims of Fourteenth Amendment violations, liability under the state-created danger theory and vicarious liability in their entirety.

“The Court finds that there is no fundamental right or liberty interest to participate in settlement negotiations with a state actor or to be included in a settlement between a state actor and another party in a particular lawsuit.”

Pratter felt Slater did not meet the legal standard for the state-created danger theory of liability, either.

“Ms. Slater also argues that the state-created danger exception applies because the City settled with Ms. King even though it was ‘foreseeable’ that such a settlement would result in harm to Ms. Slater,” she wrote.

“But to prevail on the state-created danger theory, Ms. Slater must allege and show (among other things) that the defendants “acted with a degree of culpability that shocks the conscience.

“Among other requisite factors, Ms. Slater has failed to allege facts from which a reasonable jury could find that defendants acted with a degree of culpability that shocks the conscience, so her claim under the state-created danger exception cannot go forward.”

Pratter further dismissed the vicarious liability claim brought by Slater, and concluded by throwing out all of Slater’s claims.

“Ms. Slater’s complaint fails to state a claim upon which relief can be granted, so the Court will grant defendants’ motion to dismiss. Additionally, the Court finds that any amendment to the complaint would be futile because Ms. Slater’s legal theories, not her factual allegations, are fundamentally flawed,” Pratter said.

“There is nothing to suggest that Ms. Slater, if given another opportunity, would be able to allege the violation of a recognized constitutional right. Consequently, the Court will deny Ms. Slater leave to amend the complaint.”

The plaintiff was represented by Bernadette Perkins of The Perkins Law Group, in Philadelphia.

The defendants were represented by Joseph J. Santarone, Jr. and Christopher Paul Boyle of Marshall Dennehey Warner Coleman & Goggin, in Philadelphia and King of Prussia, respectively.