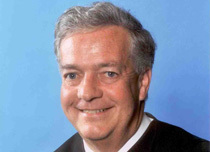 ALLENTOWN – This week, a federal judge stated an optometrist called as an expert witness in a negligence case surrounding a fatal motor vehicle accident in 2012 must keep her testimony within the strict confines of her medical expertise.

U.S. Magistrate Judge Timothy R. Rice of the U.S. District Court for the Eastern District of Pennsylvania ruled on Tuesday that Ellie Francis, a Doctor of Optometry, would be eligible for expert witness testimony only on the subjects of “estimating human perception and reaction under certain environmental and physical conditions.”

Francis was tapped for this role by counsel for defendants in a liability case against R.J. Skelding of Allentown, an electrical contractor company, and its employee Zachary Edwards. Edwards is accused of being liable in a Sept. 4, 2012 motor vehicle accident in South Whitehall Township that claimed the life of Li Zhen, a Chinese national visiting the United States on a temporary visa.

Zhen was a pedestrian on Pennsylvania State Route 8009 in the early morning hours of Sept. 4, 2012, when she was struck and killed by a vehicle driven by Edwards.

The liability litigation in that matter was initiated by the administrator of her estate, Bruce Dolfman of Philadelphia, in May 2013. Dolfman asserts Edwards’ carelessness and negligence in operating his vehicle that morning was the cause of the fatal accident.

The defendants say Dr. Francis is an expert in “visual and human factors” and will opine on how various physical and environmental factors may have affected the ability of Zhen to see Edwards’ vehicle, and the ability of Edwards to see Zhen in the pre-dawn hours when the accident took place.

Meanwhile, Dolfman alleges Dr. Francis’ testimony would violate Federal Rule of Evidence 702, which mandates: “The expert’s scientific, technical, or other specialized knowledge will help the trier of fact to understand the evidence or to determine a fact in issue; The testimony is based on sufficient facts or data; The testimony is the product of reliable principles and methods and; The expert has reliably applied the principles and methods to the facts of the case.”

Rice said per the standards outlined in Daubert v. Merrell Dow Phamaceuticals, Inc., an expert witness’ methodology must “consist of a testable hypothesis; be generally accepted; and have been subject to peer review,” among other factors. However, the court found favor with her methods.

“Dr. Francis has outlined an acceptable methodology for her conclusions. She reviewed the lighting conditions, weather conditions, medical records, police reports, expert reports, and Edwards’ deposition testimony. She then applied those factors to the physiological process of perception and gave her opinion as to how quickly objects could be perceived under the reported conditions,” Rice said.

“Dr. Francis’ testimony may help the jury ascertain when and how clearly the parties could have perceived each other in the seconds before the accident. Although it may appear somewhat intuitive, the process and timing of human perception at various speeds and under predawn lighting conditions is beyond the expertise of jurors.”

Rice explained Dr. Francis would be allowed to offer testimony concerning the reaction time and perception time each party likely had under the environmental conditions, distance, personal characteristics, and dynamics surrounding the fatal accident, but other aspects of her testimony would “confuse the jury and are precluded.”

“For example, Dr. Francis will not be permitted to opine that Edwards’ eye disorder, retinoschisis (splitting of the retina), did not limit his ability to perceive and react. Dr. Francis is not a licensed ophthalmologist, has not practiced in the field since 2004, and her expertise in assessing human factors does not qualify her to offer expert medical testimony,” Rice said.

Rice also pointed out during the Daubert hearing on May 29, Dr. Francis’ testimony sometimes encroached on accident reconstruction, a field in which she had “no expertise.”

“She has no expertise in this field and is not permitted to offer opinions that reconstruct the accident scene for the jury. Moreover, the value of such testimony is substantially outweighed by the risk of jury confusion about the scope of her expertise, which is limited to estimating human perception and reaction under certain environmental and physical conditions,” Rice stated.

The plaintiff is seeking an undetermined amount exceeding $75,000 in this case.