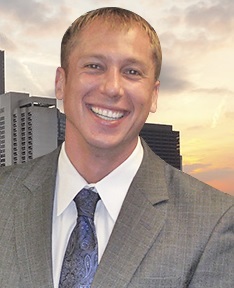 PHILADELPHIA – A June 3 order from Judge Mark I. Bernstein of the Philadelphia County Court of Common Pleas will send the continuing case of an HIV-positive man suing Temple University over an alleged fall suffered on the university’s campus to arbitration.

Per mutual agreement of counsel, the litigation will be set for high/low arbitration in July and removed from the future trial pool, as explained in an order from Bernstein last week.

On April 24, 2012, Philadelphia resident Douglas Yochum was walking on the sidewalk on the 1700 block of North Broad Street, located on the campus of Temple University and just outside the campus Barnes & Noble and Starbucks locations, when an alleged crack in the cement sidewalk caused him to fall.

In a suit filed in the Philadelphia County Court of Common Pleas in June 2013, Yochum is alleging negligence on the part of the defendant in not properly maintaining the sidewalk and being aware of its broken condition, but not inspecting or remedying the danger before his fall occurred.

Other defendants – the City of Philadelphia, Barnes & Noble and Starbucks – have been dismissed from the case.

In March, Yochum filed a motion in limine through his attorney, which would bar admissibility of Yochum’s HIV diagnosis and previous medical history.

Attorneys for Temple University are opposing the motion in limine.

They feel that given his HIV diagnosis, it is difficult to tell how this alleged fall impacted him medically.

Counsel for the defense also claim Yochum’s HIV-positive status and alleged past history of drug and alcohol abuse raises issues of quality of life and life expectancy associated with this case.

Yochum is seeking in excess of $50,000 in damages, plus interest, attorney fees and costs of suit.

The plaintiff is represented by Justin M. Bieber, in Philadelphia.

The defendant is represented by Roland J. Atkins, also in Philadelphia.