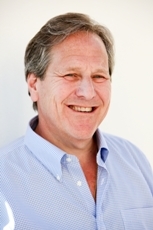 PHILADELPHIA –The proprietor of a Philadelphia salvage company on the hook for a $25,000 settlement must pay his remaining balance by July 14 or risk facing further sanctions.

Judge Nina Padilla Wright, of the Philadelphia County Court of Common Pleas, declared on May 14 that Kevin Brooks, owner and operator of Kevin T. Brooks Salvage, would compensate the counsel for plaintiff Demetrius Thornton with the remainder of the money he is owed “plus counsel fees of $500, costs and accrued interest” within 60 days.

In order to reduce the balance, Brooks gave the plaintiff’s counsel a $15,000 cashier’s check at a hearing on May 12, leading Wright to provide Brooks with further opportunity to pay down his debts.

Thornton initially filed suit in the Philadelphia County Court of Common Pleas in March 2012 versus Post Delmar Partners, its general partner Michael Pestronk and Brooks, in connection with an incident that took place on April 2, 2010.

On that day, Thornton claims he was walking on the sidewalk outside the Delmar Morris Apartments on West Chelten Avenue when “negligent, reckless and careless” conduct on the part of the defendants led material from an interior demolition being performed at the site to land on Thornton.

Thornton claimed all defendants were negligent in not properly inspecting the work area, correcting unsafe working conditions at the Delmar Morris Apartments and remedying them, among other allegations.

Thornton alleges the accident left him with multiple hand fractures and a severe arm injury, all of which are permanent and which have caused him to incur thousands of dollars in medical care costs. Thornton also claims to have lost wages as a result of the accident.

According to court records, the payment from Post Delmar Partners was received by the plaintiff and his counsel on Feb. 7, 2014, but no payment had been put forth by Brooks at that time.

An arrangement was then made between the parties in which Brooks would deliver an initial $12,500 of his settlement amount by March 7, 2014, and the remaining $12,500 by April 7, 2014. However, court records further show Brooks had not made the agreed-upon payments by either deadline.

In fact, counsel for the plaintiff claimed an initial payment of $5,000 made by Brooks on March 7, 2014 was returned for insufficient funds.

The plaintiff is represented by Brad Cooper and Jeffrey D. Schaffer of Cooper Schaffer in Philadelphia.

The defendants are represented by Diana L. Eisner of Klehr Harrison Harvey Branzbur, James J. Walsh and Lynda M. Volpe, all of Philadelphia.