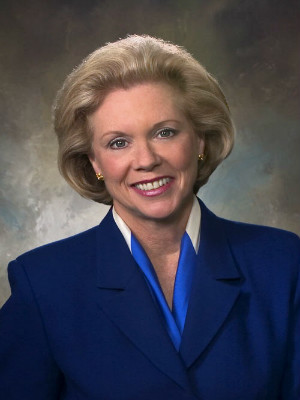 PHILADELPHIA – On Dec. 23, the U.S. Court of Appeals for the Third Circuit upheld a trial court ruling both denying life insurance benefits to the mother of a deceased Philadelphia man and the ability to further amend her claim.

Appellant Wendy S. Malishka of Philadelphia filed a life insurance claim with MetLife following the death of her son, T. Alexander Malishka, a union member of the Boilermakers & Iron Ship Builders and Blacksmiths and Forgers and Helpers, Local 13. Wendy was the named beneficiary on her son’s policy.

As part of his Union membership, Alexander had the opportunity to purchase coverage under the Boilermakers National Health and Welfare Fund, an employee welfare benefit plan governed by the Employee Retirement Income Security Act of 1974 (ERISA). The plan was overseen by MetLife, which is based in New York City and maintains a regional office in Scranton.

In its role as Plan Administrator, MetLife has singular authority to determine eligibility requirements for applicants. In order to obtain coverage, applicants must meet initial eligibility criteria, then maintain that eligibility through a second set of criteria.

The suit says MetLife used work summaries prepared by the union to determine Alexander’s eligibility status, and found he ultimately did not gain benefit eligibility.

After filing suit and being denied again through MetLife’s administrative appeal process, both parties filed motions for summary judgment and Malishka motioned for leave to amend her claim to include “penalties, attorneys’ fees, and bad faith damages.”

Malishka believed the trial should have considered other evidence in addition to the work summaries to determine Alexander’s eligibility – specifically, cancelled checks from his employer and the annual benefits statement provided to the members of the Union. Malishka further averred the trial court abused its discretion in denying her motion to amend her claim further.

Third Circuit judges Michael A. Chagares, Marjorie O. Rendell and Maryanne Trump Barry rendered their verdict, agreeing with MetLife that the work summaries were the only evidence provided for consideration at the time of the application, and thus should be the only evidence used to make a decision in this case. Rendell authored the opinion for the Third Circuit.

“Here, MetLife reasonably determined from the Administrative Record that decedent lost eligibility for coverage under the plan in the third eligibility quarter in 2011 and did not regain eligibility prior to his death,” Rendell said. “The detail summaries that MetLife relied upon were provided by the Union, which advised that the hours attributed to decedent were accurate and had been confirmed by the employer.”

Further, Rendell indicated Malishka’s desire to amend her claim was a moot point.

“The District Court correctly determined that the additional claims Malishka sought were futile as only the Plan Administrator can be liable for statutory penalties for failing to provide the plan documents, and ERISA pre-empts claims for bad faith and punitive damages,” Rendell said.

The plaintiff is represented by Raymond J. Quaglia, in Philadelphia.

The defendant is represented by Veronica W. Saltz and Wendy Lappin Barragree of Saltz Matkov, in Wayne.