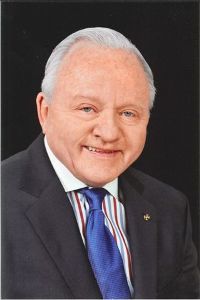 PHILADELPHIA – Aetna’s lawsuit against a clinical laboratory and sales company it says led the company to pay out numerous fraudulent health insurance claims has a survived a motion to dismiss from individual defendants associated with the case.

According to the lawsuit filed in April, Aetna claims HDL and Bluewave conspired to defraud it of millions of dollars through “a fraudulent billing scheme that included paying illegal kickbacks to physicians, providing unlawful inducements to patients, and encouraging physicians to order unnecessary blood tests, resulting in fraudulent and inflated medical claims being submitted to Aetna for reimbursement.”

The plaintiff alleges these deceptive practices caused Aetna to pay HDL millions in fraudulent and inflated medical claims, with Bluewave receiving a share of the supposedly ill-gotten gains in the form of “commissions.”

After considering a motion to dismiss the claim from defendants Floyd Calhoun Dent III and Robert Bradford Johnson, the U.S. District Court for the Eastern District of Pennsylvania opted to reject that motion on all grounds in a decision issued last week.

The defendants argued that since Aetna alleged HDL, not Bluewave, directly sent the false bills, that only HDL can be liable for fraud and that Aetna did not sufficiently allege how Bluewave was involved in the fraud.

The Court likewise rejected the defendants’ collective claims that Aetna did not sufficiently plead enough evidence to levy its claims of fraud, tortious interference, civil conspiracy and unjust enrichment, believing Aetna met the burden of proof under Pennsylvania state law for satisfying requirements of each of those counts.

Dent and Johnson also attempted to dismiss the claims made against them individually as agents of Bluewave, but the Court was not swayed in its rationale. Though it has not been proven Dent and Johnson were personally involved in the subject activity behind the lawsuit, the Court determined that further investigation on that point was necessary.

“Plaintiff has alleged numerous instances of misfeasance on the part of Dent and Johnson. Plaintiff alleges that they ‘personally participated’ in the fraudulent scheme,” Kelly said.

“This case is in its infancy and there is not enough information in the record to fully determine whether Dent and Johnson did actually personally participate in the fraudulent scheme. However, recognizing the early stage of this case, this Court will allow plaintiff to attempt to develop this issue in discovery.”