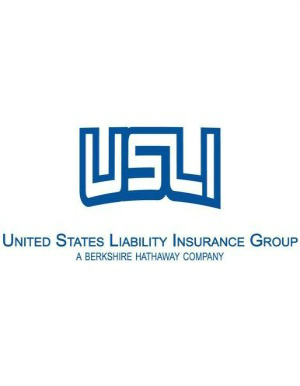 PHILADELPHIA – Ruling in line with the U.S. District Court for the Eastern District of Pennsylvania, a federal appeals court has determined United States Liability Insurance Company & Group (USLI) had no duty to defend or indemnify Adam Hammond, and rejected Hammond’s claims of breach of contract and bad faith.

Hammond believed this business relationship would ultimately lead to a joint venture, in which TCA would expand its license for use of the new compliance software that Hammond was contracted to develop. Based on this belief, Hammond began collaborating with technology information firm LANtek on the new software.

However, Hammond terminated his relationship with TCA when he learned they “reneged” on their promise of a joint venture and instead decided to work directly with LANtek on the new software themselves, without Hammond.

In December 2011, TCA and LANtek filed a declaratory judgment action against Hammond, asserting ownership of the software as their intellectual property, plus amended claims for breach of contract, conversion, and intentional interference with existing and prospective contractual relations.

In turn, Hammond made four separate attempts to request defense and indemnification from USLI, but was denied each time before settling with TCA and LANtek in June 2012.

In June 2014, Hammond brought the instant action, alleging USLI “breached its insurance contract and acted in bad faith” when it denied coverage to him multiple times in the underlying action with TCA and LANtek.

The District Court ultimately decided in favor of USLI on the pleadings and denied Hammond’s motion for partial summary judgment, when it ruled nothing in TCA and LANtek’s initial or amended complaint triggered coverage on the part of USLI. Hammond then appealed to the Third Circuit.

According to the policy’s language, USLI would provide a defense against any lawsuit where Hammond became legally obligated to pay covered damages because of a “personal and advertising injury,” defined as any injury arising out of malicious prosecution.

Hammond argued TCA and LANtek’s request for attorney’s fees activated this clause, since attorney’s fees would be available in a malicious prosecution suit, but Ambro did not agree.

“Having concluded that USLI owed no duty of indemnity to Hammond, it is hard to conceive how USLI could have acted in bad faith by failing to defend him. In any event, it is a ‘rare’ case in which an insurer is liable for bad faith when there is no duty to provide coverage,” Ambro said.

Ambro added Hammond failed to provide any evidence that could satisfy either prong required to prove bad faith under Pennsylvania state law, which are not having a reasonable basis for denying benefits and recklessly disregarding that same lack of reasonable basis in its denial of coverage.

Hammond also felt the District Court erred when labeling his bad faith claim as time-barred by a two-year statute of limitations, but Ambro also disagreed on that point.

“Hammond relies solely on USLI’s statement on May 18, 2012 that it was ‘going to get an opinion from coverage counsel and then…get back to him,” Ambro said. “However, just a day before, USLI reiterated that there continues to be no coverage for Mr. Hammond in this matter. Also, in that ‘final rejection’ in June 2012, USLI reaffirmed that ‘it remains this Company’s position that no coverage exists for the amended complaint against Mr. Hammond.”

Ambro concluded the Court has held “a claim for bad faith accrues when the insurer first provides definite notice of a refusal to indemnify or defend.”

“For these reasons, we conclude, as did the District Court, that USLI had no duty to defend or indemnify Hammond in the underlying action. Judgment in favor of USLI on the breach of contract and bad faith claims is affirmed,” Ambro said.

The appellant is represented by Gerald Joseph Iwanejko, Jr. in Volant.

The appellee is represented by Patricia A. Monahan of Marshall Dennehey Warner Coleman & Goggin, in Pittsburgh.