HARRISBURG — The Commonwealth of Pennsylvania's attempt to balance a budget under last fall's Act 44 by taking $200 million from a state-created entity that provides malpractice insurance is unconstitutional, a federal judge ruled on May 17.

In his 38-page memorandum, U.S. District Court for the Middle District of Pennsylvania Chief Judge Christopher Conner sided with the Pennsylvania Professional Liability Joint Underwriting Association, which has for months resisted turning over the funds. Conner said the joint underwriting association shouldn't have to, at least not the manner the state proposes.

"Through Act 44, the General Assembly attempts to take by legislative requisition the private property of a private association to remedy its perpetual budgeting inefficacies," Conner said in his memorandum. "This it cannot do. Act 44 is plainly violative of the takings clause of the Fifth Amendment to the United States Constitution. We will grant summary judgment, declaratory judgment, and permanent injunctive relief to the joint underwriting association." 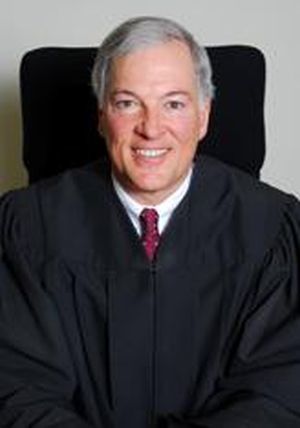 The association was created by the commonwealth in 2002 as a not-state-funded non-profit that offers medical professional liability insurance in Pennsylvania. "It is funded primarily by annual assessments on health care providers as a condition of practicing in the commonwealth," Conner said in his memorandum.

The association filed suit shortly after Pennsylvania's Gov. Tom Wolf signed Act 44 in October, in an attempt to balance the state's budget, and demanded that the association turn over $200 million from its budget surplus. Under legislation passed by the state Senate, the association had until Nov. 1 to fork over the money or be abolished.

The association never sent the money. In November, Conner slapped the state with an injunction, preventing the governor's office and the Pennsylvania legislature from seizing $200 million from the association and from dissolving it.

The governor and the General Assembly have argued that the association "is a creature of statute - a public entity having no constitutional rights against its creator," that is "not entitled to permanent injunctive relief," Conner said in his memorandum.

The judge did not agree. "The joint underwriting association is a private entity, and monies in its possession are private property," Conner said.

"Act 44 endeavors to take a substantial portion of these funds - $200,000,000 - for the public purpose of remedying longstanding imbalances in the commonwealth's budget. Act 44 not only fails to provide 'just' compensation, it fails to provide any compensation whatsoever."

A few days after Conner issued his order, Philadelphia attorney Jonathan F. Bloom withdrew from appearing on behalf of the General Assembly. Meanwhile, the Pennsylvania Revenue Department reported the state collected $3.8 billion in April with tax revenue collections exceeding projections by $33.3 million, or a little less than 1 percent of what had been anticipated. "Fiscal year-to-date general fund collections total $29 billion, which is $164.1 million, or 0.6 percent, above estimate," the department said in a press release.