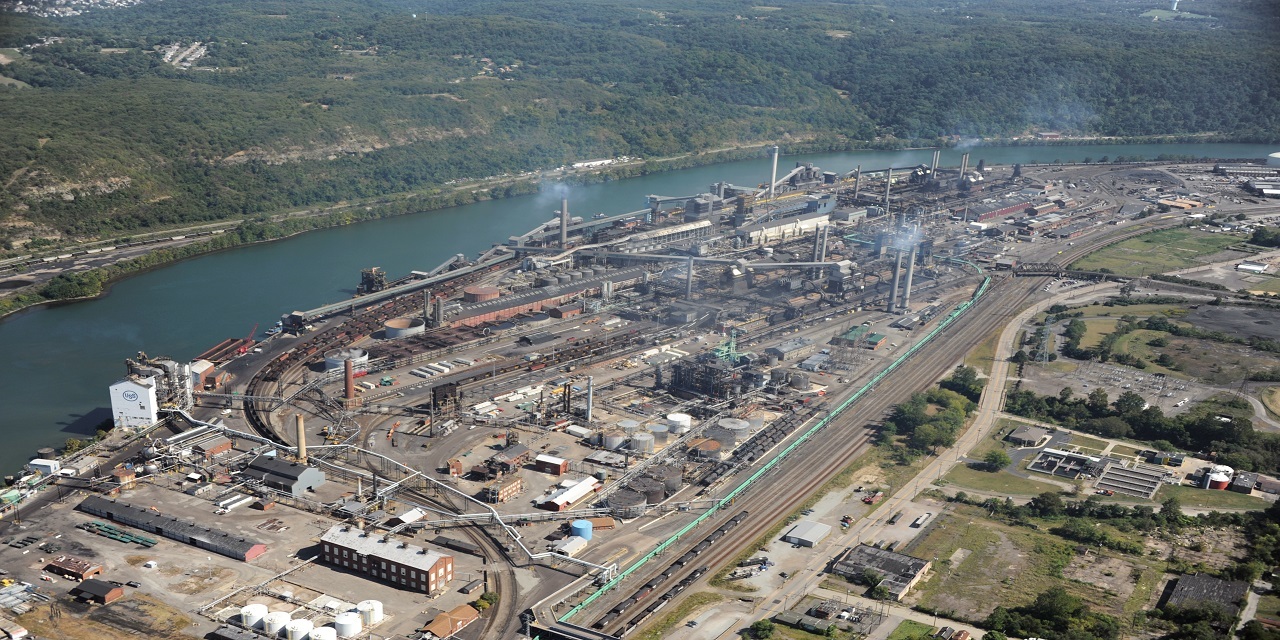 PITTSBURGH – U.S. Steel is defending itself against a class action lawsuit alleging pollution from its Clairton Coke Works plant, denying it has made any nearby resident sick or diminished anyone's property value.

Plaintiffs Cheryl Hurt of Clairton and John Macus of Jefferson Hills first filed their class action litigation in the Allegheny Court of Common Pleas on May 25, 2017, while plaintiff Cindy Ross, also of Clairton, filed a similar-styled suit in the same court on June 13, 2017.

Since they were consolidated on Aug. 4, Judge Robert Colville has affirmed the plaintiffs' right to seek punitive damages but dismissed their claim for injunctive relief.

The lawsuit alleges the Clairton Coke Works, located approximately 20 miles south of Pittsburgh, has permitted toxic substances like sulfur dioxide, particulate matter and other contaminant chemicals to enter the air and negatively affect the surrounding community.

The lawsuit labels such substances as resulting from the production of coke, a material used in making steel. Coke is made by heating coal in ovens at extreme temperatures, a process meant to remove impurities from the coal, with those same impurities being released into the air after heating.

Hurt and Macus say these emissions have harmed citizens by causing serious medical issues like “heart and respiratory diseases, asthma and cancer,” among others, in addition to property damage in the surrounding area.

Emission-control violations have resulted in U.S. Steel paying nearly $4 million in fines to Allegheny County since 2009.

It was reported by the Pittsburgh Post-Gazette last year that the Clairton Coke Works was nailed for 6,700 violations for hazardous and toxic air pollution releases, over a period spanning Jan. 1, 2012 to May 31, 2015.

Though the corporation pledged to make improvements with regards to the safety of the coke ovens and pollution control in 2016, the plaintiffs believe these promises have gone unfulfilled.

Meanwhile, U.S. Steel strongly opposed the plaintiffs’ claims, seeking their dismissal as well as the dismissal of requests for punitive damages and injunctive relief, through preliminary objections filed July 31, 2017, which specifically addressed Ross’s lawsuit, just prior to its consolidation with that of Hurt and Macus.

“Plaintiff Cindy Ross, despite having lived in Clairton for years, now alleges that the Clairton Plant’s operations have interfered with the use and enjoyment of her property and caused her unspecified property damages. At this stage, plaintiff’s allegations amount solely to a claim for private nuisance," U.S. Steel's attorney, Mary Hackett, wrote.

"Despite this, plaintiff has freighted her complaint with additional, unnecessary causes of action and requested relief to which she is not entitled as a matter of law. This is a classic case of over-pleading."

Hackett continued that the substance of the allegations is based on a private nuisance claim only, and the action should proceed strictly as such. Hackett believed Ross’s claims for negligence, gross negligence and trespass are all connected from the very same allegations as the nuisance claim, and thus barred by Pennsylvania law.

Hackett also believed Ross was vague in her allegations against U.S. Steel.

“Plaintiff does not detail any specific damages that she has suffered, nor does she explain how any damages to her property can be traced to the Clairton plant as opposed to other sources of air particulates in the Monongahela River Valley. Instead, she vaguely contends that ‘noxious odors and air particulates’ resulting from Clairton plant operations have ‘interfered with plaintiff’s use and enjoyment of her property, resulting in substantial damages,” Hackett said.

However, Colville rejected this rationale in an April 6 order, explaining the defense’s reliance on precedent in Horne v. Haladay was premature.

“It is too early in this case to determine that the plaintiffs' claims for negligence and trespass are exactly the same as their claim for nuisance. Accordingly, I am denying defendant’s preliminary objection to strike counts II, III and IV of plaintiffs’ complaint,” Colville said.

Colville similarly rejected U.S. Steel’s attempt to strike the request for punitive damages from the complaint.

“Plaintiffs allege in their complaint that despite having received many complaints from surrounding residents and having been charged with several violations from the Allegheny County Health Department, defendant has knowingly continued the behavior that resulted in harm to plaintiffs’ properties. These allegations are sufficient at the preliminary objection stage of the case to support a claim for punitive damages."

Colville did concur with the defense’s objection as to the subject of the plaintiff’s request for injunctive relief, striking it from the complaint.

In response to the plaintiffs’ complaint and new matter filed May 7, U.S. Steel opposed the accusations in their entirety.

“U.S. Steel specifically denies that it has damaged plaintiffs or any member of the putative class, that they are entitled to any relief from U.S. Steel, or that this action may be maintained as a class action,” defense counsel Paul K. Stockman said.

Stockman added emissions at the plant are closely monitored by the Allegheny County Health Department and U.S. Steel has invested $600 million in environmentally-focused initiatives and capital improvements at the facility during the past decade.

“Representatives of U.S. Steel regularly attend public meetings and events where air quality and other environmental matters are discussed. At these meetings, representatives of U.S. Steel provide updates when requested, answer questions and hear concerns the public may have regarding the Clairton Plant. Further, the Clairton Plant’s air emissions operating permit was subject to public comment before being issued, and notice of this public comment period was published in the Pittsburgh Post-Gazette,” Stockman stated.

Defense counsel reiterated their view that the plaintiffs’ claims are barred because they are wholly-duplicative of their nuisance claim and are “at most” a qualified private nuisance, failing to state a claim upon which relief could be granted and not subject to punitive damages.

U.S. Steel seeks judgment entered in its favor, denial of any and all relief to the plaintiffs and dismissal of their complaint with prejudice, denial of the request for class certification and such other and further legal or equitable relief as the Court deems appropriate.

Plaintiffs’ attorneys seeking to enter the litigation on a pro hac vice basis are Steven D. Liddle, Nicholas A. Coulson and Brandon T. Brown of Liddle & Dubin in Detroit, plus Nicholas A. Migliaccio and Jason S. Rathod of Migliaccio & Rathod and Christopher T. Nidel and Jonathan B. Nace of Nidel & Nace, all of Washington, D.C.

The defendants are represented by Hackett, K. Issac deVyver and Alexander M. Madrid of McGuire Woods, plus Stockman of Kazmarek Mowrey Cloud Laseter, all in Pittsburgh.