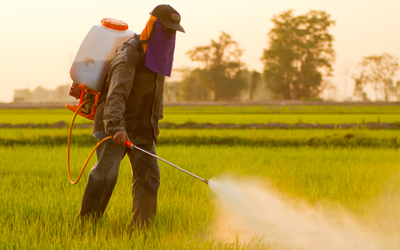 PHILADELPHIA – A prominent science law attorney has authored an amicus brief on behalf of 11 organizations interjecting themselves in a fight before the Supreme Court of Pennsylvania, connected to determining the quality of expert witnesses by the Frye standard in trial courts.

In the matter of Walsh v. BASF Corp. Et.Al, James Beck, Senior Life Sciences Policy Analyst at Reed Smith in Philadelphia, wrote the 42-page brief released May 14 for the group of business and legal reform organizations.

Walsh v. BASF Corp. Et.Al is a wrongful death lawsuit originating from Allegheny County court dealing with the case of a deceased golf course groundskeeper named Thomas J. Walsh. The lawsuit brought by his estate alleges that in Walsh’s 40 years of work as a groundskeeper, he was exposed to numerous pesticides that caused his acute myelogenous leukemia and death in 2009.

The Superior Court of Pennsylvania ruled in June 2018 that the Allegheny County Court of Common Pleas overextended its authority and involvement when, as part of a Frye standard test, it evaluated the rationale behind the opinions of plaintiff expert witnesses - epidemiologist Dr. April Zambelli-Weiner and physician Dr. Nachman Brautbar, and threw out their contributions.

The Frye standard requires that experts providing scientific testimony demonstrate that they adhere to methodology “generally accepted by the scientific community.”

Beck’s brief argued that the Superior Court stepped out of line with both statewide and nationwide precedent with respect to its interpretation of the Frye standard.

“The Superior Court’s unprecedented opinion allowing experts to opine that entire categories of chemicals generally could cause cancer (or any other broad category of disease) undermines both the trial courts’ gatekeeping function and accepted causation principles,” Beck stated.

Beck elaborated on this point, calling the Superior Court’s ruling a “narrow” one.

“The Superior Court expressly denied that trial courts exercise any ‘proper role’ as gatekeepers when determining whether expert testimony is ‘generally accepted’ in the relevant scientific community. That narrow interpretation of judicial discretion is contrary to both Pennsylvania and nationwide precedent applying the Frye standard," he wrote.

“The ‘aggregate’ causation opinions that the Superior Court permitted are flatly contrary to Pennsylvania law. Liability for defective products in Pennsylvania requires juries to determine that particular products have caused specific injuries – not that pesticides, in general, may cause cancer, also in general. Accordingly, plaintiff’s experts’ aggregate opinions could not help the jury decide this case, and should be excluded.”

Last March, the state Supreme Court granted an allowance of appeal to defendants BASF, Monsanto, Bayer Corp., Dow Agrosciences LLC, John Deere Landscaping Inc. and Syngenta Crop Protection Inc., on the issue of whether the Superior Court erred in its decision last year to state that trial courts were not permitted to be the “gatekeepers” of scientific standards used to evaluate expert witnesses.

The defendants further argued the Superior Court may have eliminated the plaintiff’s burden of proving the pesticides at issue were connected to Walsh’s fatal illness. It also permitted an amicus brief to be submitted on their behalf, which became Beck’s.