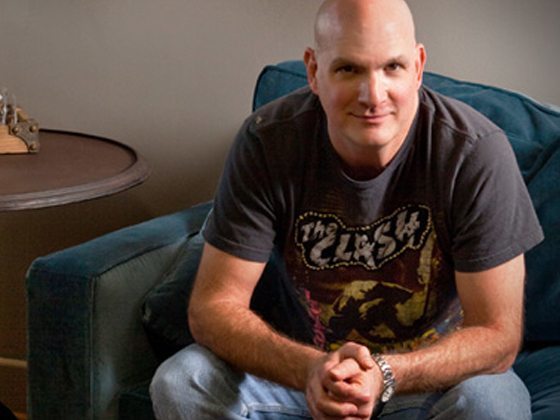 PHILADELPHIA – A Chester County law firm and its founder have launched litigation against a California man they say publicly damaged the firm’s reputation through repeated allegations as to the accuracy of its billing practices.

The Weiser Law Firm, P.C. and Robert B. Weiser, Esq. of Berwyn filed suit in the U.S. District Court for the Eastern District of Pennsylvania on June 24 versus Michael Hartlieb of Laguna Niguel, Calif.

In November 2008, Hartlieb emailed attorney Bruce Murphy regarding a loss of value in shares he owned as a result of a merger between Sprint Corporation and Nextel Communications, which took place in 2005, the suit says.

Murphy forwarded Hartlieb’s message to Weiser and asked the plaintiff if he saw the possibility for a stockholder derivative action, based upon a $31 million write-down Sprint was forced to accept as a result of the failed merger, the suit says. However, the Weiser Firm’s subsequent investigation did not yield the filing of a lawsuit in the matter at that time, the suit says.

In March 2009, the first of a number of actions were filed in Kansas federal court in relation to the same matter, which were eventually consolidated. After the initial lawsuit was filed in March, Murphy once again contacted Weiser about bringing suit in the matter, the suit says. This time, the Weiser Firm began drafting a shareholder derivative complaint against Sprint.

Though Hartlieb attempted to solicit the plaintiffs to represent him in shareholder litigation against Sprint over the next three years, these efforts proved unsuccessful, the suit says.

However, a settlement was later reached in the Sprint litigation in 2016, which saw the telecommunications company agree to changes in corporate hierarchy. It also saw the proposed amount of legal fees of $4.25 million cut down to $450,000, which all of the plaintiff counsel involved in the case vigorously objected to and appealed in a Kansas court.

In February 2017, the plaintiffs learned one of its contract attorneys, Alexander Silow, sourced through Ableson Legal Search and who was believed to be in good standing, had been working under an alias, the suit says. He was in fact Jeffrey M. Silow, an attorney who had been disbarred in 1987 and illegally practiced law for three decades, the suit says.

Once the firm learned of his deception, it immediately severed its ties with Silow, reported him to the Disciplinary Board of the Supreme Court of Pennsylvania, pressed criminal charges against him in Montgomery County court and initiated a lawsuit against Silow and Ableson Legal Search in Chester County court.

In March 2017, The Wall Street Journal published a story titled, “One Lawyer, 6,905 Hours Leads to $1.5 Million Bill in Sprint Suit," which detailed how Silow, then acting on behalf of the plaintiffs’ firm, supposedly clocked 6,905 billable legal hours on the Sprint shareholder derivative lawsuit, reviewing 48,443 documents and accounting for $1.5 million in legal bills.

Despite Silow’s deception, the Wall Street Journal story indicated the plaintiffs stand by the accuracy of the calculated hours of work performed by him during the disposition of the Sprint case.

On this basis, Hartlieb objected to the settlement reached in the Sprint litigation and felt it should be reconsidered, once it was established that Silow no longer possessed a license to practice law.

Next, Hartlieb submitted what the plaintiffs called “self-styled amicus briefs” in derivative litigations the Weiser Firm was involved with against Equifax, Big Lots and Centurylink, alleging them of fraudulent billing practices.

Hartlieb further filed a lawsuit in a Kansas federal court, charging the plaintiffs with legal malpractice, breach of fiduciary duty and violations of the Kansas Consumer Protection Act.

The plaintiffs allege that Hartlieb has detrimentally interjected himself in their filed cases, attempted to initiate multiple ex parte contacts with legal officials, insulted and defamed them and their business practices, in addition to allegedly labeling his own actions a “quest” to “attack, malign, damage and disparage” the plaintiffs.

For counts of vexatious litigant order, abuse of process, defamation, intentional infliction of emotional distress, negligent misrepresentation, intentional interference with prospective contractual relations and tortious interference with contract, the plaintiffs are seeking an injunction preventing Hartlieb from filing any litigation against the plaintiffs, damages in an amount to be determined at trial caused by Hartlieb’s actions under each respective count, respectfully request the Court grant them such other relief as deemed appropriate under the circumstances, plus attorney’s fees and costs.

The plaintiffs are represented by Philip S. Rosenzweig of Silverang, Donohoe, Rosenzweig & Haltzman, in St. Davids.

The defendant has not yet secured legal counsel, according to court records.