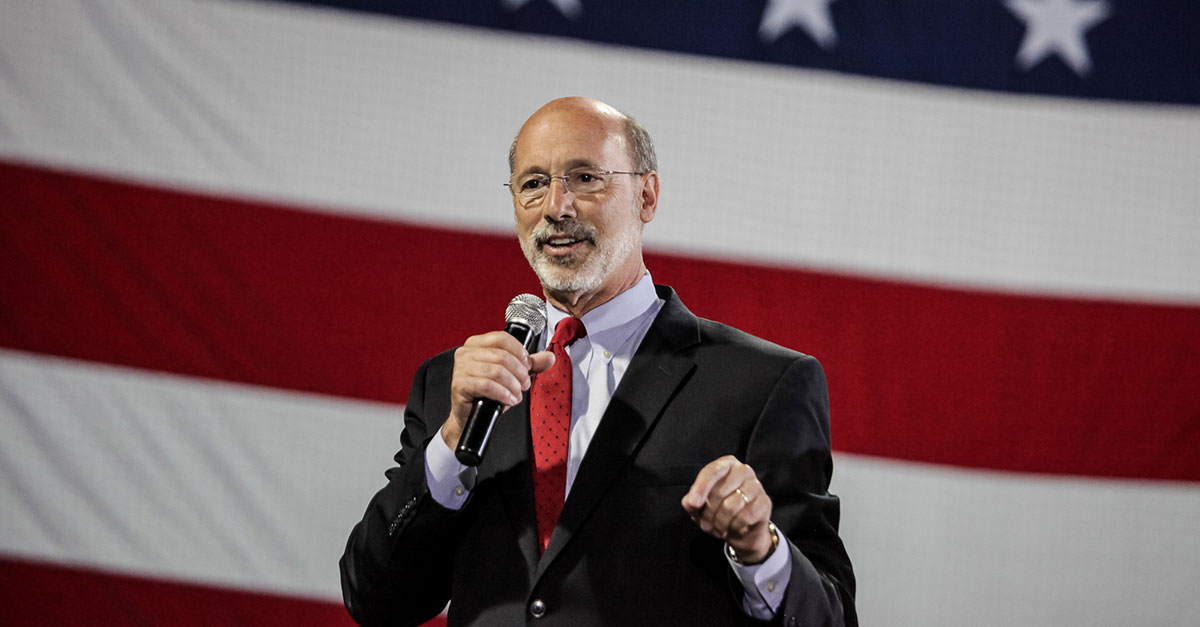 HARRISBURG – A medical malpractice liability insurance association has filed its latest lawsuit to protect its status as a private entity, from what it feels are repeated attempts on the part of the Commonwealth of Pennsylvania to acquire it and its assets for use in the state budget.

The Pennsylvania Professional Liability Joint Underwriting Association (JUA) filed suit in the U.S. District Court for the Middle District of Pennsylvania on July 1 versus Governor Tom Wolf and the Commonwealth’s General Assembly.

The new litigation is the latest exchange in a two year-long standoff between the JUA and the Commonwealth, the latter of which created the medical malpractice insurance association in 1975.

The association’s funds consist of money from insurance premiums and investment income, and is managed by a board of directors. Alleging a decline in claims made, Wolf wanted to acquire the association and use its funds to balance the state budget.

On June 28, Wolf signed Act 15 into law, a measure which served to assimilate the JUA into the Commonwealth as a state agency, in spite of the association’s repeated and vehement claims that it’s its own entity.

From 2016-2018, Wolf signed various acts into law to acquire the JUA’s surplus funds for use in the state budget, attempts which have been vigorously, and successfully, opposed by the JUA in the U.S. District Court for the Middle District of Pennsylvania.

The JUA argued its funds are separate from those of the Commonwealth, that its employees are not eligible for state benefits and that the association and its funds are private property, as it is not headquartered or located on state property.

The Middle District agreed, in three lawsuits filed by the JUA against the State in both 2017 and 2018. In the most recent lawsuit, the Court handed down summary judgment and a permanent injunction against the association or its funds being touched.

The court reaffirmed JUA’s status as a private entity and further held that post hoc legislation cannot not alter that fact: “The Commonwealth cannot legislatively recapture this private association for the purpose of accessing its assets,” according to the lawsuit.

Both Wolf and the General Assembly appealed the decisions surrounding two of the JUA lawsuits to the United States Court of Appeals for the Third Circuit. The appeals have been consolidated and will appear on the appellate court docket during the week of Sept. 9.

J.J. Abbott, a spokesperson for Gov. Wolf’s office, said he could not comment on pending litigation.

For counts of substantive due process violation, unconstitutional taking, contract clause violation, procedural due process and declaratory/injunctive relief, the plaintiff is seeking declarations that Section 7 of Act 15, as applied to JUA, is unconstitutional under the First, Fifth and Fourteenth amendments of the United States Constitution and violates the same, enjoining enforcement of Section 7 on that same basis, plus all fees and costs and such other relief as this Court shall deem just and equitable under the circumstances.

The plaintiff is represented by Dennis A. Whitaker, Kevin J. McKeon and Melissa A. Chapaska of Hawke McKeon & Sniscak, in Harrisburg.

The defendants are represented by Karen Mascio Romano and Nicole J. Boland of the Pennsylvania Attorney General’s Office in Harrisburg, plus Karl S. Myers of Stradley Ronon Stevens & Young, in Philadelphia.

Commonwealth of Pennsylvania • U.S. DISTRICT COURT FOR THE MIDDLE DISTRICT OF PENNSYLVANIA