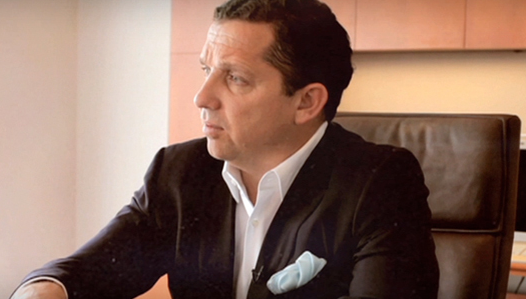 HARRISBURG – Houston mayoral candidate and prominent trial lawyer Tony Buzbee is serving as defense counsel in a federal court lawsuit in Pennsylvania, brought by a health care provider who says the owner and operator of its computerized records database illegally procured and retained its confidential patient data. Meanwhile, Buzbee's client counters that it is the party that is victim to theft.

Post Acute Medical, LLC of Enola filed suit in the U.S. District Court for the Middle District of Pennsylvania on July 2 versus Christopher LeBlanc and Meridian Hospital Systems Corporation of Dallas, Texas.

“Until recently, PAM had authorized Meridian and LeBlanc to access PAM’s confidential patient data and business information in connection with PAM’s daily operations, because Meridian set up a computerized database through certain software applications, to essentially house and aggregate PAM’s data,” the suit reads.

Meridian allegedly understood and agreed it had no authorization to use PAM’s confidential data for any reason other than supporting PAM’s operations and would return it at the end of the contract, per HIPAA regulations and made clear through a one year-long written addendum agreement entered into in June 2018.

“Throughout the entirety of the relationship, PAM repeatedly reported several frustrations to LeBlanc about the effectiveness of Meridian’s software applications, which ultimately led PAM to the realization that it would be better for PAM’s operations to develop its own applications tailored to its specific and evolving needs,” the suit states.

At one point, the suit says discussions centered on PAM acquiring an equity interest in Meridian, if PAM would stay with Meridian and enter into a long-term contract, but negotiations later fell through. Subsequently, the defendants were charged with having committed the following:

• Accessing and mining PAM’s highly confidential data without authorization after receiving multiple demands from PAM to immediately return such data; and

• Publicly disclosing protected health information of a patient, which was contained in PAM’s highly confidential data that Meridian was not authorized to access, and has been holding hostage since May of 2019.

“Although LeBlanc and Meridian received more than a half-dozen requests from PAM to immediately return PAM’s highly confidential data, rather than return any such data as required by law, LeBlanc and Meridian have held the data ransom and repeatedly threatened to destroy it in violation of HIPAA,” according to the lawsuit.

The Pennsylvania suit further alleges that in an attempt to delay returning PAM’s confidential and proprietary records, the defendants separately filed a “groundless” lawsuit in Harris County, Texas District Court and a request for a temporary restraining order and injunction in Houston against PAM, Clear Lake Institute for Rehabilitation, LLC and Key Management Group, LLC, despite none of the case parties having any connection to that city.

In response, PAM filed motions to dismiss, citing the two-step dismissal standard of the Texas Citizens Participation Act relating first to the right of association, and alleging Meridian's claims were subject to the same – and second, that Meridian had not provided necessary “clear and specific evidence” of the numerous claims made against it.

"Having failed to lawfully convince PAM to extend its business relationship with Meridian, Meridian resorted to improper means, including the filing of this unsubstantiated lawsuit, to accomplish Meridian’s objectives. In doing so, Meridian asserted numerous improper and groundless claims against PAM defendants and seek to interfere with defendants’ right of association," the dismissal motion read, in part.

A Texas judge denied the dismissal motions on July 10, a ruling which PAM appealed. Further proceedings there will now head to a court of appeals.

In its Pennsylvania lawsuit, PAM continues to insist there is no connection to Houston that would warrant any litigation being contested there.

Buzbee did not respond to a request for comment from the Pennsylvania Record.

In PAM's Pennsylvania lawsuit and for violations of the Defend Trade Secrets Act and the Computer Fraud & Abuse Act, breach of contract, a request for a temporary restraining order and preliminary injunction enjoining the defendants from further unlawful conduct, plus actual, compensatory, and punitive damages, pre-judgment and post-judgment interest, reasonable attorneys’ fees, costs, including but not limited to, all costs of the investigation into LeBlanc and Meridian’s unlawful actions, exemplary damages, such other and further necessary and proper relief as the Court may deem just and appropriate, in addition to a trial by jury.

The plaintiff is represented by Bridget E. Montgomery of Eckert Seamans Cherin & Mellott, in Harrisburg.

The defendants are represented by Buzbee and Caroline Adams of The Buzbee Law Firm in Houston, plus Christopher J. Conrad of Marshall Dennehey Warner Coleman & Goggin, in Camp Hill.

Want to get notified whenever we write about The Buzbee Law Firm ?

Sign-up Next time we write about The Buzbee Law Firm, we'll email you a link to the story. You may edit your settings or unsubscribe at any time.